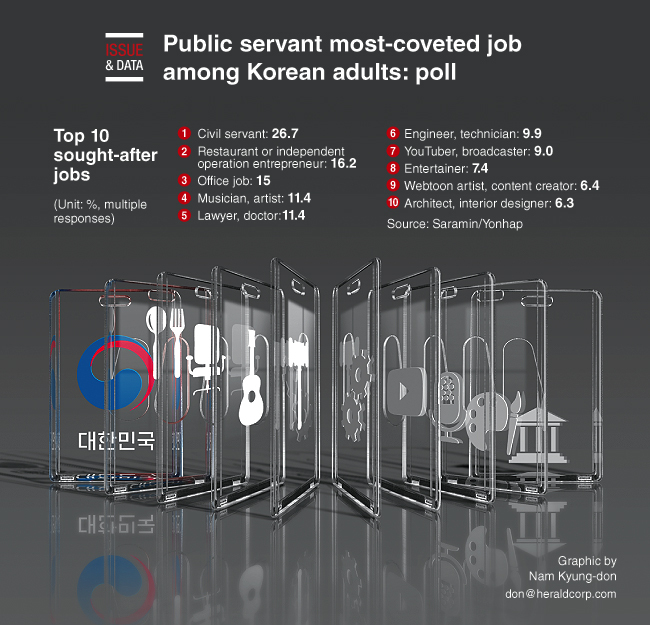 A civil servant position is the most sought-after job among South Korean adults, though most of them aim to take jobs as office workers for practical reasons, a poll showed.

Of 1,143 job seekers and salaried people questioned, the largest portion - 26.7 percent - said they wanted to work for the government or a public institution regardless of the reality, according to the survey conducted by online job portal Saramin.

Another 16.2 percent said they hoped to run a restaurant or other independent operation, followed by 15 percent of respondents wishing to land office jobs.