[Graphic News] Japan’s rich have most cash in Asia 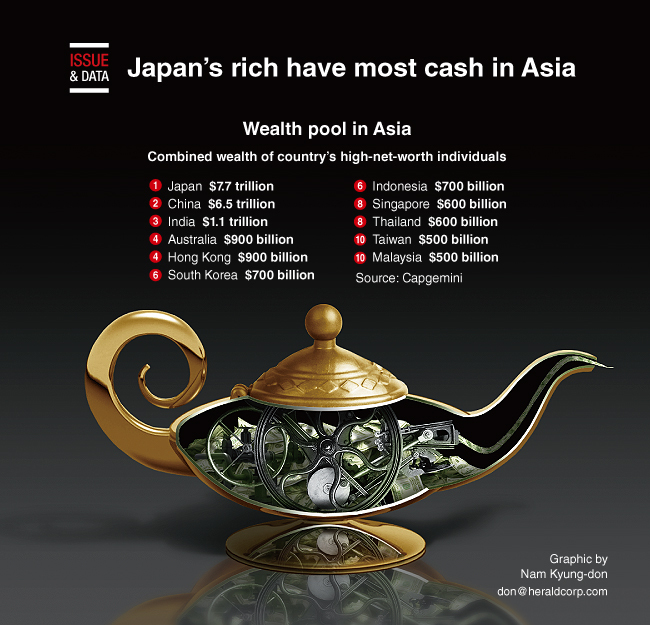 Japan’s rich have the largest accumulation of wealth in the Asia-Pacific region at $7.7 trillion, but Chinese millionaires are catching up.

The pool of wealth held by China’s high-net-worth individuals grew by more than 144 percent between 2010 and 2017, reaching $6.5 trillion, according to the latest Asia-Pacific Wealth Report by consulting firm Capgemini. The corresponding rate of growth in Japan over the same period was about 87 percent.

More recently, India’s millionaires have been picking up the pace. Wealth held by Indian high-net-worth individuals rose close to 22 percent in 2017 compared with the previous year, the fastest growth in the region over that period, the report said.

Meanwhile, South Korea’s wealthy saw their fortunes grow by a combined 18 percent, the second-highest growth in the region.