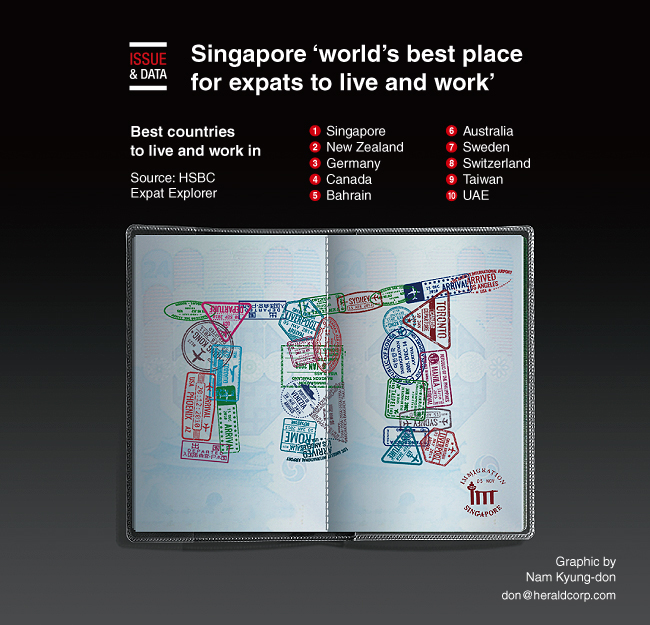 Singapore was voted the best place in the world for expats to live and work for a fourth straight year, beating New Zealand, Germany and Canada, according to HSBC’s annual Expat Explorer.

Over 27,000 expats in 159 countries responded to this year’s survey, which included 27 questions in three categories: economics, experience and family.