[Weekender] Before you were born

From knitting to drawing, she even endeavored to learn how to handle a sewing machine, which resulted in a number of handmade crafts during her two pregnancies between 2011 and 2013.

“I learned in a prenatal education class that using my hands a lot could affect the brain development of a fetus,” she said. “My first child started to speak a full sentence when she was only 17 months old. I think taegyo has a lot to do with her ability to learn the language so fast.”

It may sound like a myth but many Korean mothers, like Oh, believe that there are certain ways they must behave, eat and talk during the nine months of pregnancy, not just for the sake of their health, but also for the development of their children. 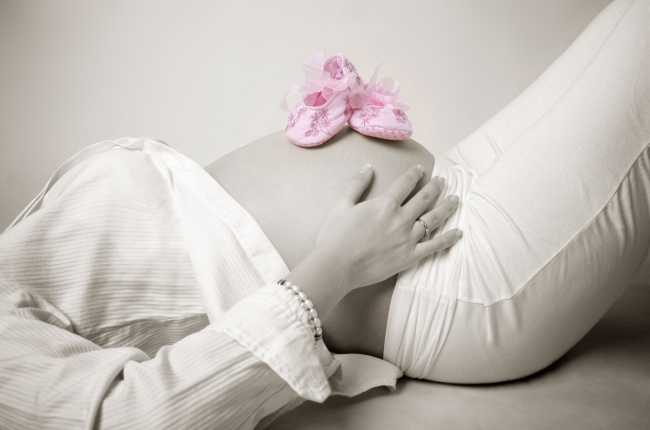 Many Koreans believe that a mother’s state of mind and her educational activities during pregnancy -- such as listening to Mozart, appreciating artworks and even learning English -- determine her child’s temperament, occupation and proficiency in a foreign language.

Strict -- and sometimes over-the-top -- taegyo is not a fad among young mothers, but a cultural practice that has been passed on from generation to generation.

Taegyo is believed to have spread through word-of-mouth along with the arrival of Buddhist culture from China in the fourth century. In 1803, the first taegyo book, “Tae-gyo-shin-gi,” was published by female writer Lee Sajudang in the Joseon era.

Largely influenced by ancient Confucian beliefs, the book stresses the ethical values of both parents and the importance of having a stable mindset when expecting a child.

Expectant mothers should set a good example in the way they see, hear, talk and behave, Lee wrote in her book. “It is the duty of a pregnant woman to make her senses, mind and body remain in a gentle and right state,” she added, stressing that this was the way to have an intelligent child.

In the male-dominated Joseon society, Lee also stated that fathers should treat their wives with respect and keep themselves away from “false desire and wicked spirits” during their wives’ pregnancies, as they are also responsible for their babies’ fate.

In a broad sense, such beliefs still remain to this day. For instance, pregnant women are often advised not to attend funerals.

Over the years, traditional beliefs regarding parental obligations have evolved to encompass sports, arts and religions, under the influence of Western culture.

It is common for expectant mothers to attend yoga and ballet classes, and to “educate” fetuses by reading the bible and appreciating the arts. Korean mothers enjoy classical music by Mozart and Vivadi the most, according to a study by psychiatrists from Kyung Hee University and Kyungpook National University.

Despite the nation’s declining birthrate and fierce competition in Korean society, interest in taegyo has escalated, wrote Park Sang-youb Park, an associate professor of sociology at Washburn University, in a report published in Sociological Images, an online sociological discussion.

“Fewer Korean couples are having more than one child and they want to give these ‘single’ children an edge by helping them from the womb,” he said. “They want their children to survive in a hypercompetitive educational environment.”

According to Statistics Korea, the nation’s fertility rate was 1.05 last year, lower than Japan with 1.44 and Taiwan with 1.17. The figure is likely to fall under the 1.0 level this year, according to experts.

The desire to have one child with greater talents has created a huge market for expectant parents.

Businesses have come up with marketing strategies that target expectant parents who are willing to spend, from hotel packages designed for families with expectant mothers to insurance products for unborn babies.

Overseas trips are also a must, says Park Young-sun, a 37-year-old mother of a 3-month-old girl, recalling her trip to Hawaii in April.

“It cost us so much. But I had a really great time under the sun, watching the waves and enjoying food. The baby is happy when the mother is happy,” she said. “I plan to show pictures of us in Hawaii to our girl later on, to show how much we loved her and cared for her even before she was born.”