Epic Games, the US-based video game company behind “Fortnite,” plans to hold “Fortnite Korea Open 2018” on Dec. 15 at Korea University’s Hwajung Gymnasium. Players will compete for a 1 billion won ($885,000) donation to charity, according to the company. 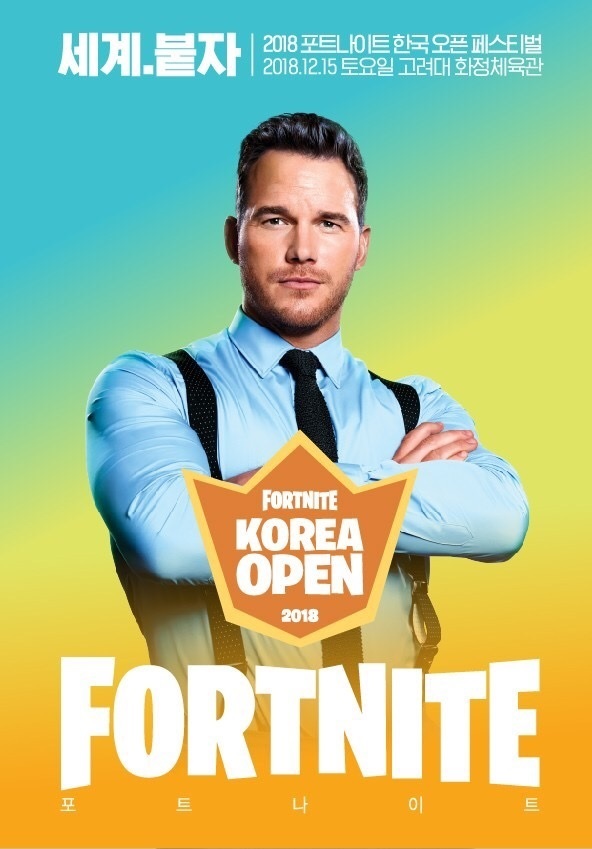 “The event marks the start of ‘Fortnite’ esports competition in Korea and will become an opportunity for locals to experience the fun gaming culture Epic Games strives for,” Epic Games Korea CEO Park Sung-chul said in a statement.

“We expect a high-level match between the world’s top players in ‘Fortnite’ and Korea’s highly competitive pro-gamers, as well as popular local celebrities.”

The upcoming match will bring some of the world’s top professional gamers in “Fortnite” including Myth, tfue, Cloakzy to compete with Team Korea consisting of 10 Korea’s pro-gamers, selected by ACAU, a popular Korean gaming channel on YouTube.

In addition, various Korean esports stars including retired Starcraft pro-gamer Hong Jin-ho, Lee Jae-dong, YoonRoot, as well as K-pop stars including Gongchan of B1A4, Luda of Cosmic Girls and Mimi of Gugudan will participate in the “Fortnite” event. A slew of local comedians will also attend.

News of Korea’s first “Fortnite” esports competition was made at G-Star 2018, the country’s biggest annual game convention ongoing at Busan until Sunday. Epic Games is the event’s main sponsor this year.

Developed by US-based Epic Games, “Fortnite: Battle Royale” is a massively multiplayer online game in which 100 players jump out of a plane and land on a small island, where they fight each other until only one is left. Players can collect items and build shelters to protect themselves.

It was developed based on the breakout success of another battle royal-like survival shooter game “PlayerUnknown’s Battlegrounds,” developed by PUBG Corp. under the Korean game company Bluehole.