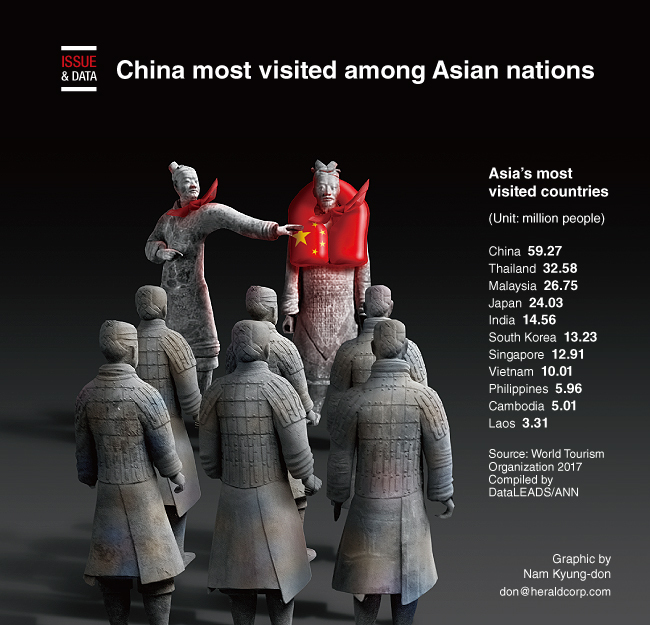 China attracts the highest number of tourists in Asia, with a record inflow of 59.27 million people in 2016.

The Southeast Asian region receives the highest number of travelers, with China topping the list of countries, according to the World Tourism Organization report.

Tourism has been among the growing economic sectors across the world. According to the report from the World Tourism Organization, international tourist arrivals increased from 25 million globally in 1950 to 278 million in 1980, 674 million in 2000, and finally 1.235 billion in 2016.

The Asia-Pacific region accounts for 30 percent of the world's international tourism receipts. The region has outperformed all other regions in terms of growth, with international tourist arrivals increasing an average 7 percent per year compared to the world average of 4 percent.