[Graphic News] Online ads for illegal loans on the rise 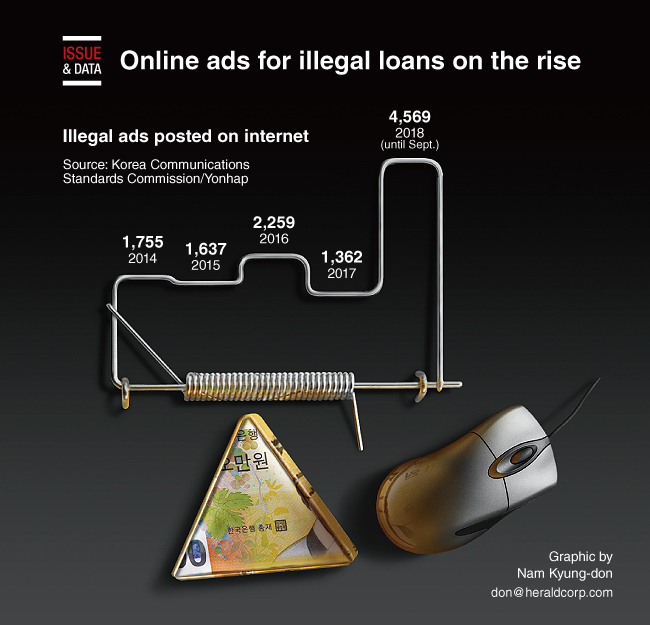 According to data submitted by the Korea Communications Standards Commission to the National Assembly, 4,569 complaints were lodged about unauthorized ads posted on blogs or social media between January and September, compared with 1,755 reported in 2014.

Separate government data showed that 11,122 phone numbers were blocked by authorities between January and July this year, as they were being used for illegal loan ads, compared to 3,507 in 2014.