The Son Kee-chung Peace Marathon started at 8 a.m. from Jamsil Olympic Stadium in Seoul, which was used as the main stadium during the Seoul Olympics in 1988. Parts of the roads have been closed for the run from 7 a.m. and will reopen to the public around 1:40 p.m. 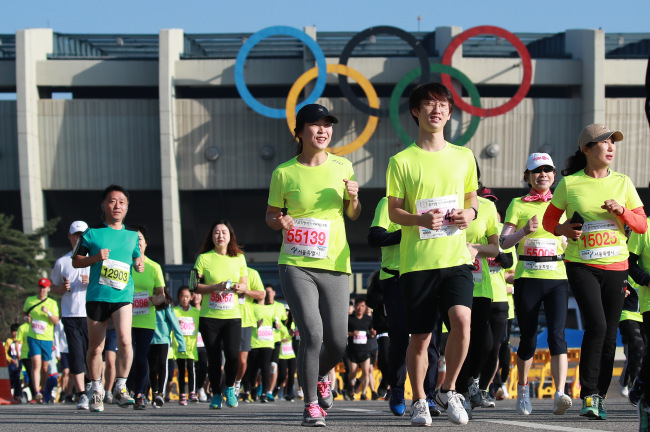 Participants of the 10-km marathon can take photos at the 8.9-km stop point, in celebration of the day when South Korean runner Son Kee-chung won the gold medal at the 1936 Berlin Olympics on Aug. 9, becoming the first South Korean athlete to win an Olympic medal. 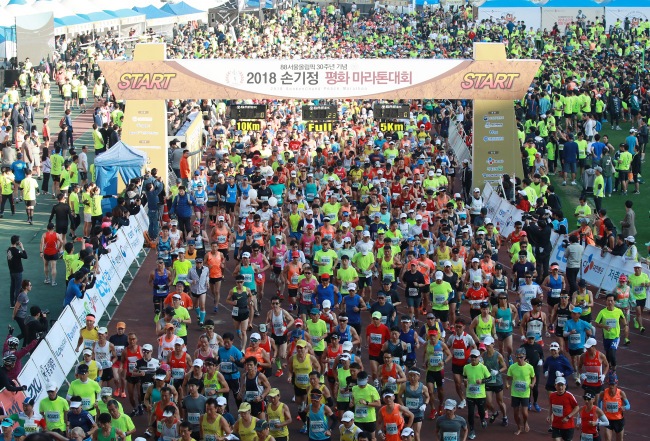 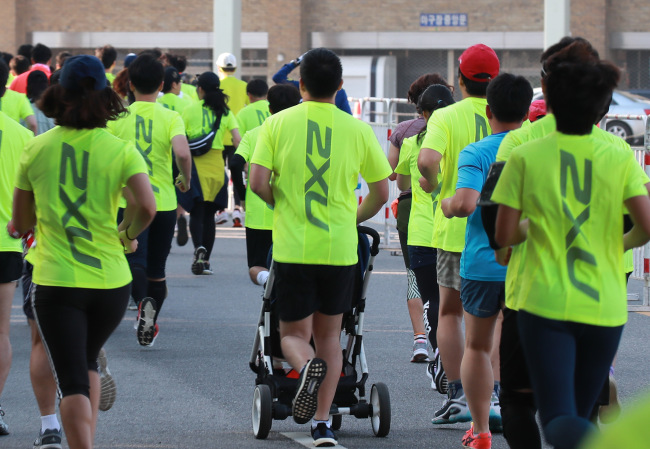 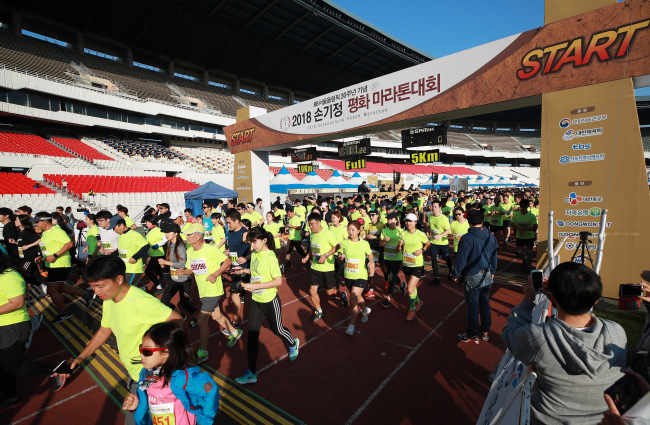