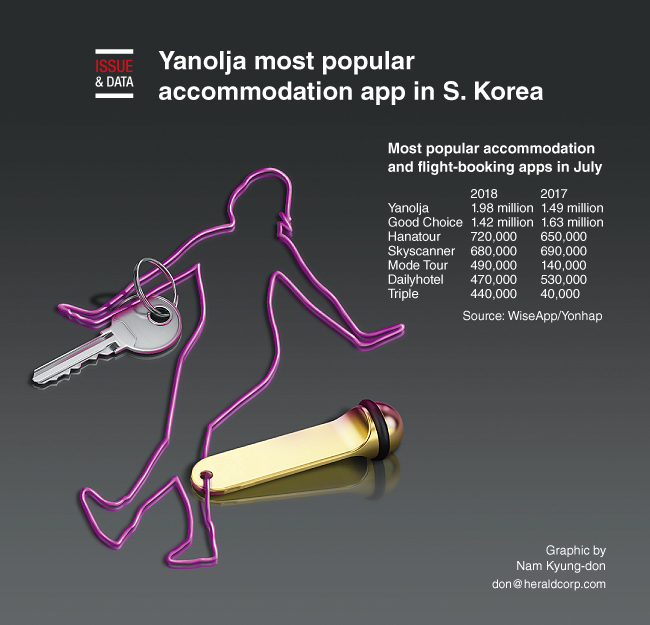 Yanolja was identified as the most popular South Korean accommodation and flight-booking application among Android smartphone users, recent data showed.

According to data compiled by industry tracker WiseApp, around 1.98 million users are estimated to have used the accommodation-booking service in July, up 33 percent from a month prior.

The figure was calculated based on a sample survey of 23,000 Android smartphone users in Korea. It did not include users of other operating systems.