[Graphic News] Victims of school violence in Seoul on the rise 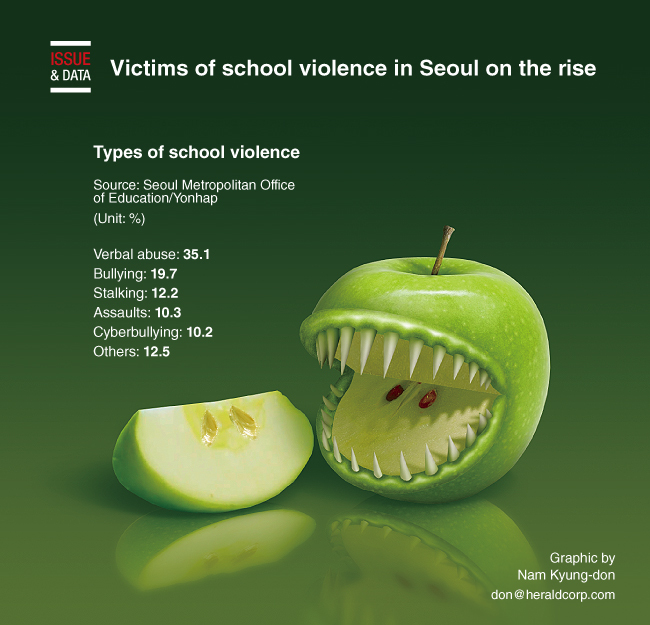 The number of student victims of school violence in Seoul increased 24.5 percent from a year earlier to 11,425 this year, according to a survey.

More than 92 percent of 700,343 students, ranging from fourth graders to high schoolers, took part in the online survey conducted by the Seoul Metropolitan Office of Education in May.

It found that 1.8 percent of the respondents experienced school violence between the second semester of last year and May this year, up 0.5 percentage point from a year earlier.

Verbal abuse was the most common type of violence at 35.1 percent, followed by bullying at 17.6 percent, stalking at 12.2 percent, assault at 10.3 percent and cyberbullying at 10.2 percent.