The Korea Meteorological Association issued heavy rainfall warnings on Wednesday for the northern and central regions of Gangwon Province. Residents of Cheorwon were affected by the overnight downpour, which caused a number of problems such as flooded roads and soil erosion. 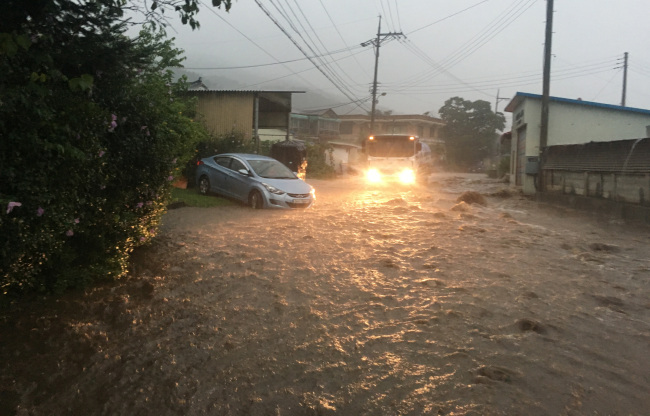 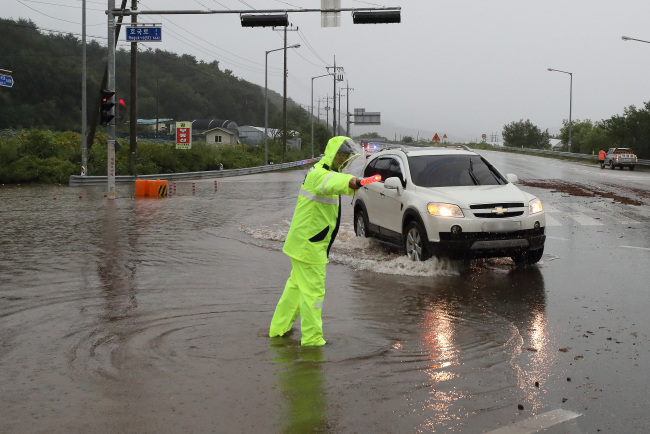 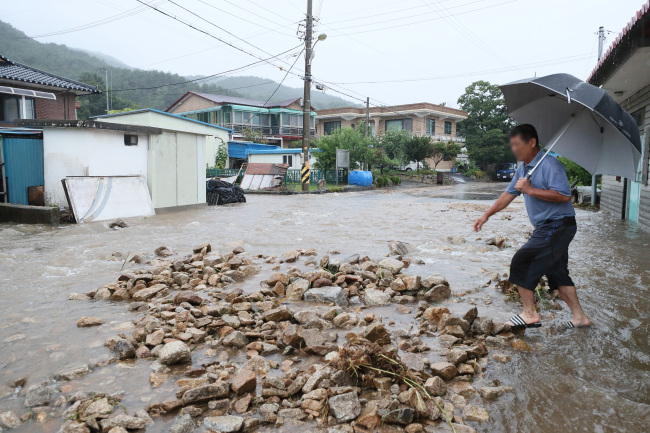 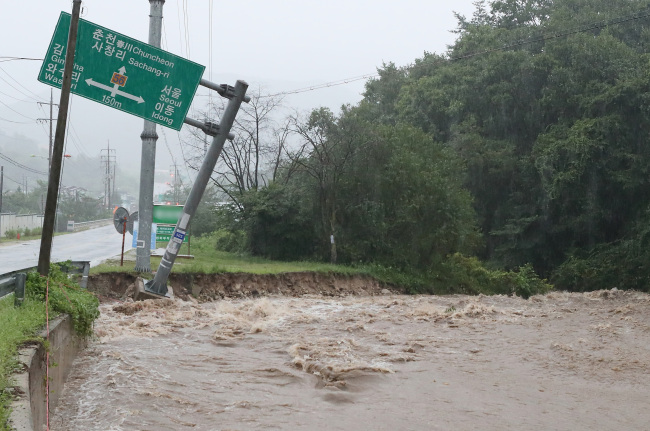 The sudden downpour startled many Koreans, especially those who had been on the roads in their cars or by public transportation. Two vehicles were washed away on flooded roads near the Buk River in Chuncheon, Gangwon Province, Tuesday. All passenger were fortunately rescued. 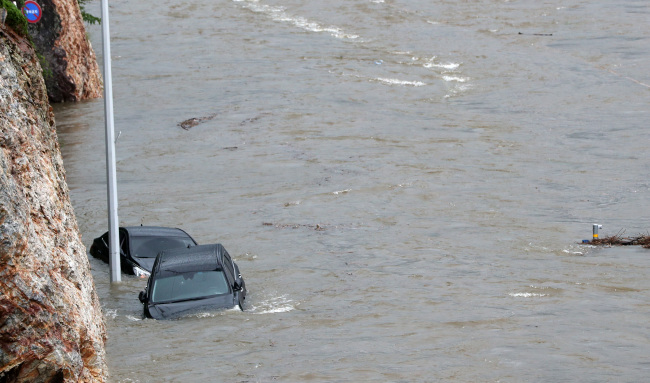 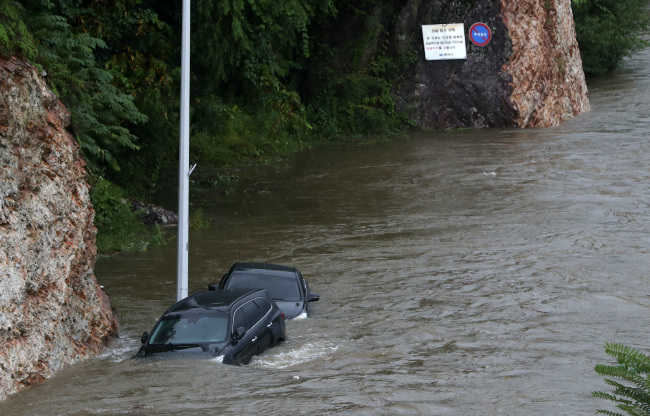 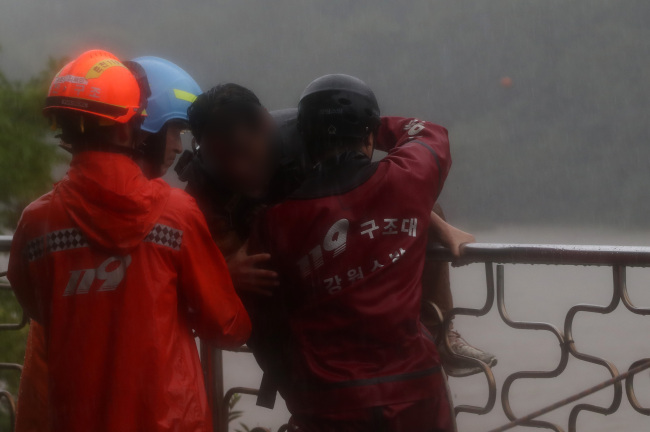 Heavy rainfall is expected for the Seoul metropolitan area from Wednesday late afternoon and will continue until Thursday, according to the weather agency. 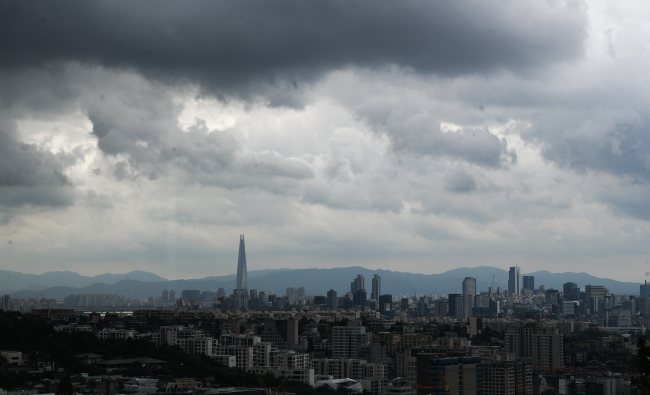