[Album review] Loona’s debut EP was worth the wait 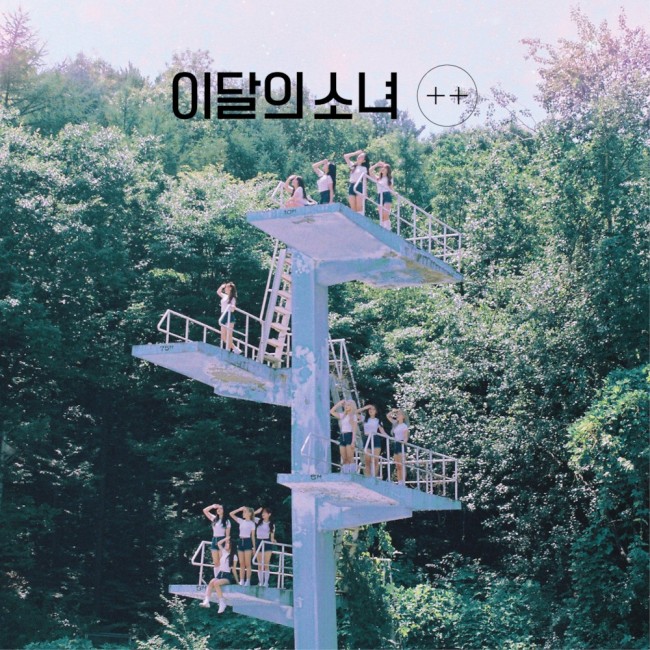 
It took Loona nearly two years to release a debut EP, and it was well worth the wait. Loona’s “++,” read as “plus plus,” the band’s first EP together, is full of catchy tracks that share sonic elements in common with trendy K-pop tunes.

But the album may not live up to the “grand project” label that accompanied its extensive public relations campaign and its hefty production budget of 9.9 billion won ($8.8 million). If you’re looking for an album that presents a fresh kill, you’re probably going to be disappointed. The album is decent, but not jaw-dropping.

Kicking off with a dreamy vibe with the instrumental intro “++,” the EP moves into the effervescent lead track, “Hi High,” which is all about bouncing beats. You may need to catch your breath after listening to it -- after racing full speed to keep up with the vivacious tempo and explosive vocals. Its lyrics, however, are a major drawback, peppered with silly lines like “You are sweet like gimbap and dumplings” and “Love is more brutal than the college entrance exam.”

The previously released track “favOriTe” ups the ante, incorporating a more charismatic and boisterous sound as the band belts out the familiar line, “You’re my favorite!” The brassy “Heat” has a more mature sound, and while it’s not as experimental as the two that precede it, the song holds a unique charm. Despite its rather conventional title, “Perfect Love” avoids ennui by pairing up the hook “It’s a perfect love” with a melody that will immediately stick in your ears. Rounding out the album is “Stylish,” which recalls Ariana Grande’s pop vibe with its amazing beats.

With these encouraging first steps, we predict that Loona will rise high as the super-rookie of the year.