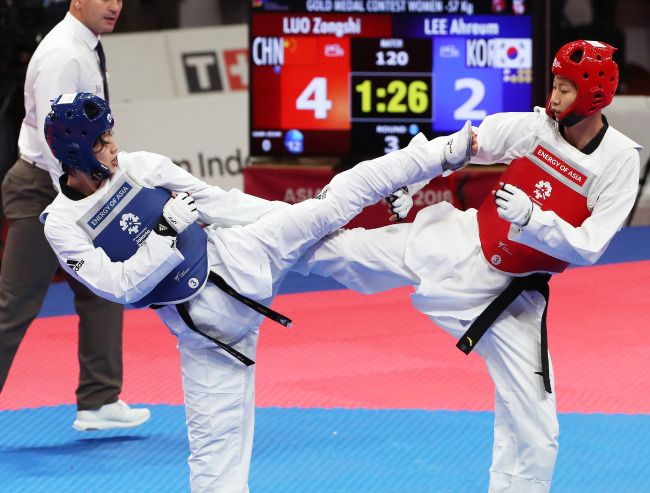 
Lee and Luo were neck-and-neck going into the final. After ending the first round scoreless, Lee took the lead first by earning two points in the second round.

She then almost sealed the victory by executing a punch attack with two seconds left, but at the same time, Luo fought back with a body kick and earned two points for the victory.