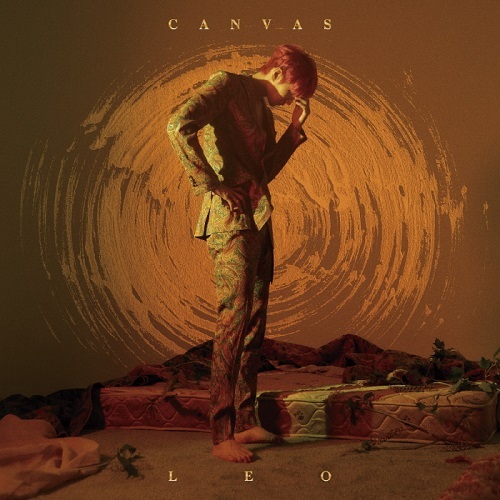 Welcome to the dreamy land of this magician. It seems like Leo, an effortlessly seductive vocalist and songwriter of Vixx, had a pile of stories to unpack on his first solo album “Canvas” -- not a single track in the seven-track collection sounds insipid. Poised as an artist, Leo did a good job in painting his canvas with his own colors, as the songs, woven together with overarching groovy beats, trendy melodies and an emotional attitude, reflect his own sophisticated personality.

Fans will know that this serious musician has another level of artistry; it’s hard to imagine him dancing to bubbly electronic dance music sounds and singing romantic love songs.

The opener “Touch & Sketch,” the lead track of the album, first sounds like a slow-tempo moody cut, but don’t be fooled by the intro, as Leo’s breathy vocals and the groovy chorus add another dimension to the song. With a double meaning, describing both the physical act of touching and an artistic “touch” in drawing, the artist delivers lyrics that may tickle one’s sensitivity.

Imagine Leo dancing to the song in a suit that shows his pale bare chest, and you’ll get it.

The artist also knows how to play with density, as “Cover Girl” turns up the volume by incorporating punky beats from the 1980s and intense rhythmic pulse, while “Free Tempo” opts for a calmer and brighter vibe by tuning into pop-R&B. Those two songs, composed and written by Leo, also serve as good examples of his musical style. Tension mounts again with “Give Me Something,” a groovy jam similar to the lead track, and the evocative singer goes balladry in “I Am Now,” a post-breakup song that shows the mastery of Leo’s vocals.

His high-pitched and breathy voice makes surprisingly good harmony with the poignant melody, and the chorus where his emotion explodes is just heart-melting. After offering another groovy cut with “Gesture,” Leo rounds out the album with self-reflection, singing about life and dreams in “Dream,” a piano-led soft ballad song.

Looks like the artist knows how to express himself.