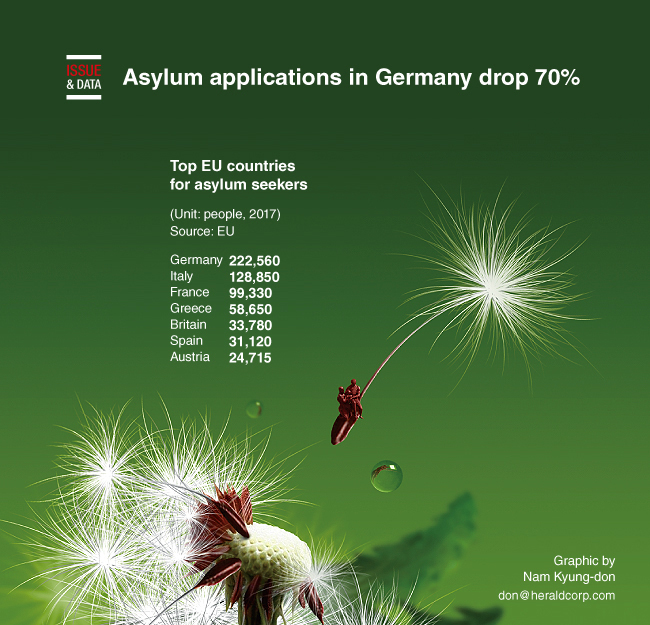 The number of people claiming asylum in Germany fell to 222,560 last year, according to European Union figures. The data could provide some relief for Chancellor Angela Merkel as she fights to save her coalition.

Italy, France, Greece and the United Kingdom followed Germany among destinations for asylum seekers in the EU.