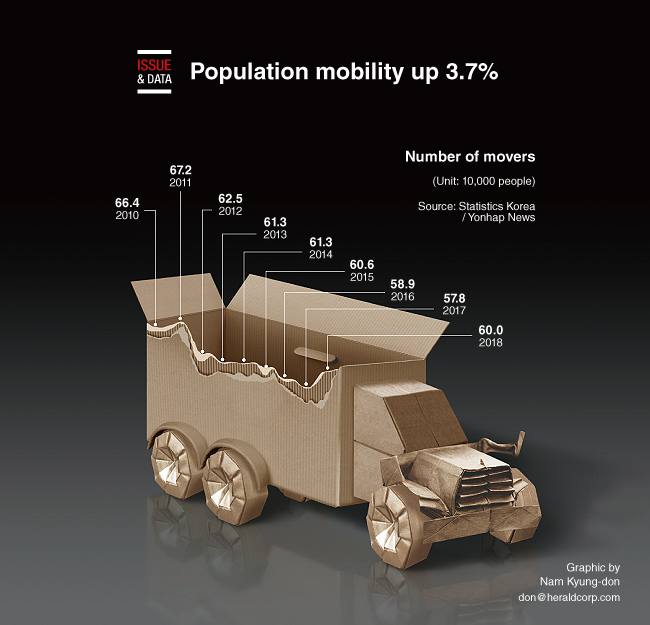 The number of South Koreans who moved to different parts of the country grew in May, reflecting the country’s moving season, government data showed.

The number of people who changed their residence rose 3.7 percent in May from a year earlier to 600,000, according to the data compiled by Statistics Korea.

The population mobility rate - the number of those relocating per 10,000 people - increased on-year by 2.2.

Last year, the figure was the lowest in 43 years due largely to a rise in housing prices and rapid aging.