Eucept is the first monoclonal antibody drug developed by LG Chem. It was approved by Korea’s Ministry of Food and Drug Safety in March for the treatment of conditions including rheumatoid arthritis, axial spondyloarthritis and psoriasis.

As marketing and sales activities are now kicking off, LG Chem said it hopes to tackle the local Enbrel (etanercept) market estimated at 20 billion won ($17.84 million) with a clinical trial safety record catered to local patients and drug administration convenience. 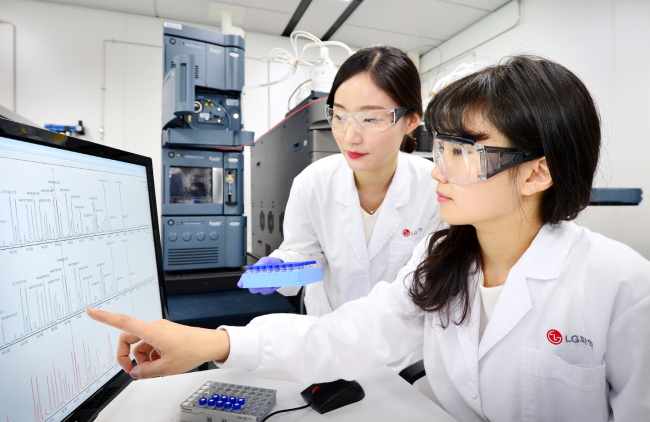 The Korean drugmaker plans to highlight Eucept’s reliability and safety based on phase 3 clinical trial data for the drug it has collected from 186 patients in 30 local hospitals since 2014.

It is also betting on the Eucept’s convenient design to win customers. Unlike competitors, Eucept is designed as an autoinjector with slimmer needles, making the injection procedure easier and less painful for patients who have to self-inject the drugs regularly.