[Graphic News] US is top destination for asylum seekers in OECD 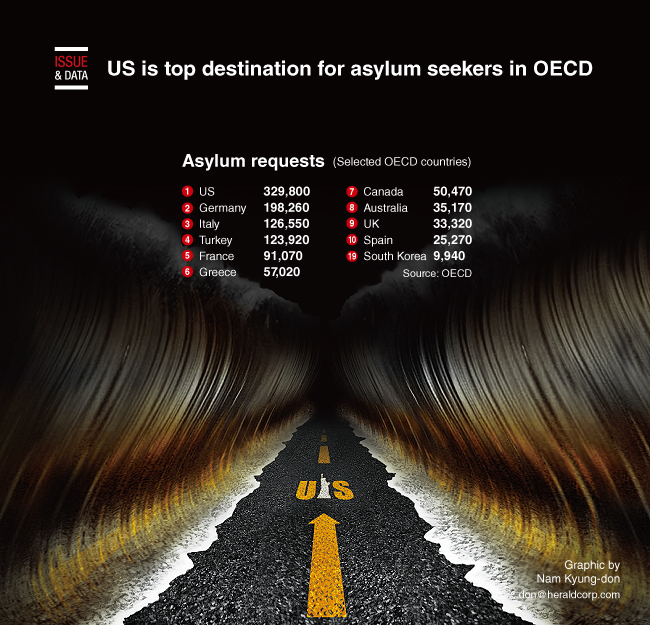 The US received more requests for asylum than any other developed nation in 2017, overtaking Germany, according to the Organization for Economic Cooperation and Development.

Requests for asylum went up 26 percent in the US to reach 330,000 last year, the OECD said in its annual International Migration Outlook.

Meanwhile, Germany, which had topped the ranking since 2013, saw a 73 percent drop in applications to 198,000, as the massive influx to Europe has slowed, the report said.