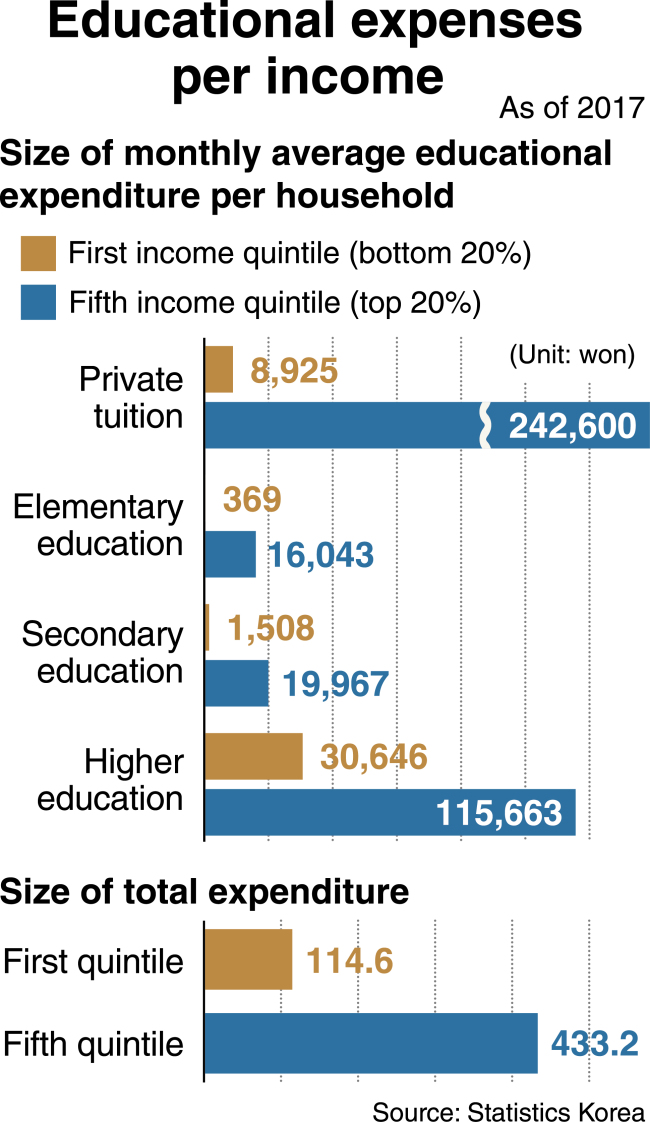 The amount of private tuition spent by the highest income group in South Korea is 27 times larger than those spent by the lowest income households, latest data by Statistics Korea showed.

Private tuition spending by the fifth income quintile was 242,600 won on monthly average, compared to 8,925 won spent by the first quintile.

An income quintile divides the population into five equal income groups. The first quintile refers to those with the lowest income, and the fifth, the highest.

The agency pointed out that disparity in educational spending is about seven times wider than the gap in overall spending between the two groups.

According to the private education spending report conducted by the Education Ministry and Statistics Korea, Korean households spend an average of 198,000 won per month as of 2017, up 3.4 percent from 2016.