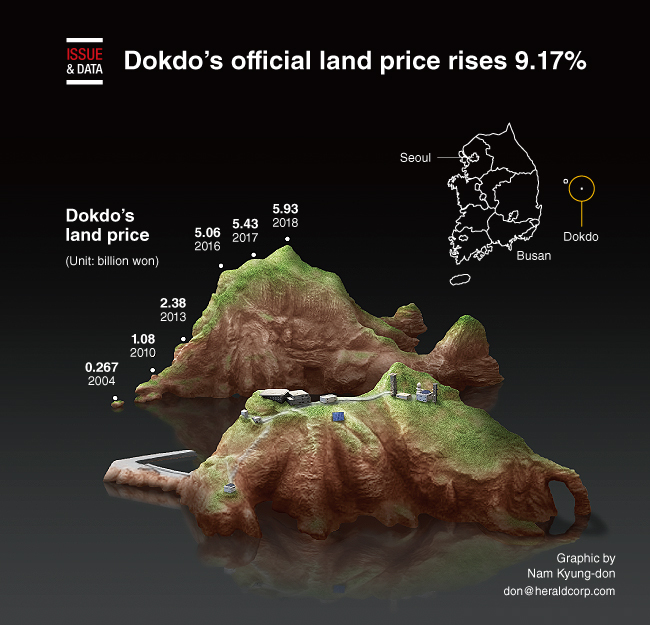 The land price of Dokdo, which was 5.43 billion won last year, has steadily risen over the past decade, according to the government of North Gyeongsang Province, which annually updates land values of all public and private properties in its vicinity.

In South Korea, the actual market prices of land are far higher than the government-announced prices.

Dokdo has 101 lots on the eastern and western islets, which together measure 187,554 square meters, the government said.