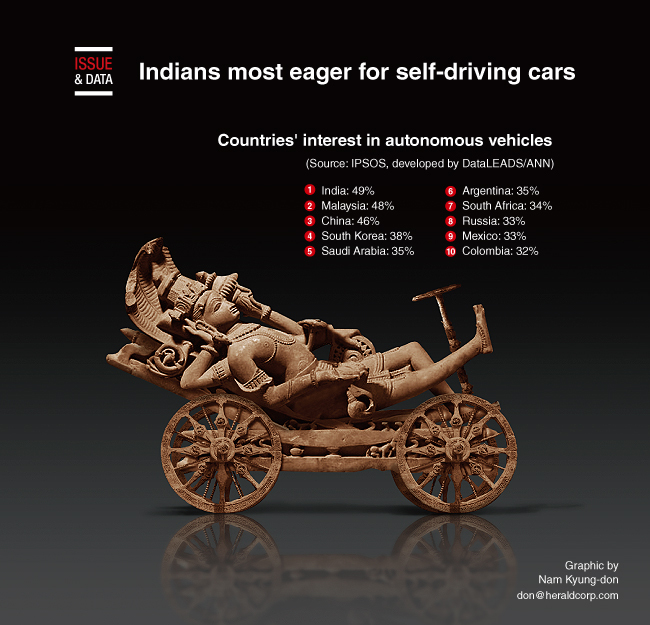 There is widespread interest about autonomous vehicles in India, Malaysia, China and South Korea, according to a survey by IPSOS in selected countries.

The poll results show that 58 percent of global respondents were curious about the technology, but 13 percent swore they would never use it. Thirty percent reported their excitement.

Other countries like Malaysia, China and South Korea were also excited by the prospects of not having to drive a vehicle manually.