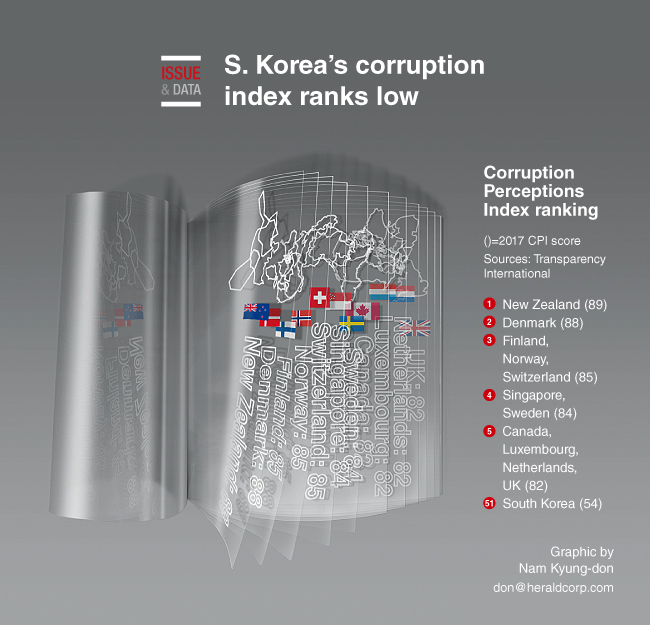 South Korea ranked 51st in the 2017 Corruption Perceptions Index report issued by Transparency International, up only one notch from a year earlier, when the ranking nosedived due to the influence-peddling scandal involving ousted former President Park Geun-hye.

The index evaluates countries based on how corrupt their public sector is perceived to be, using corruption-related data collected by governance and business experts. A score of 70 and above is considered generally clean, while a score of 50 and above means not entirely corrupt.