Kim, who also served as the head of the ruling party’s United Front Department, and his support staff crossed the border via a land route at around 9:50 a.m, according to Seoul’s Unification Ministry.

Accompanying Kim was Ri Son-gwon, chairman of the Committee for Peaceful Reunification, and six other support staff. They are expected to meet President Moon Jae-in before returning home on Tuesday. 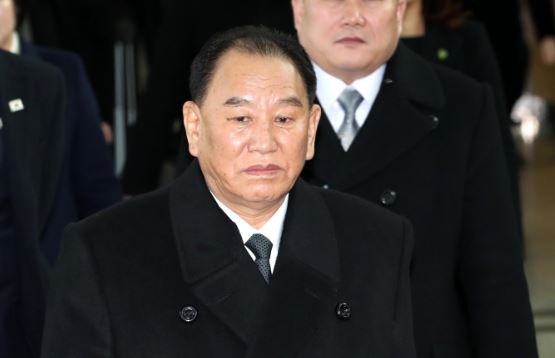 The conservative Liberty Korea Party has been staging a protest against Kim’s visit since Saturday near the border entrance heading toward Seoul. The main opposition party points to Kim as the man who orchestrated several attacks on South Korea, including the sinking of the Cheonan warship in 2010.