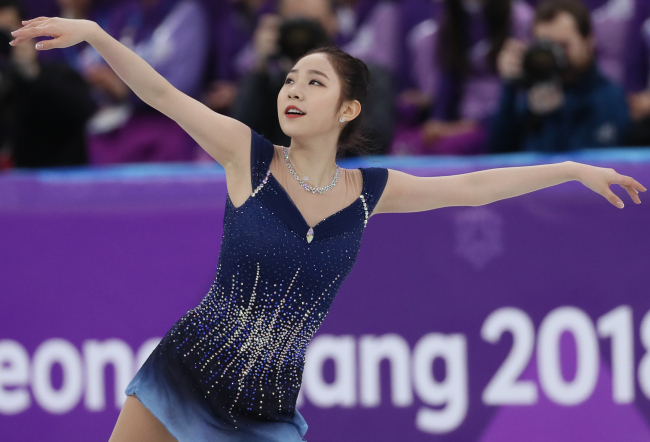 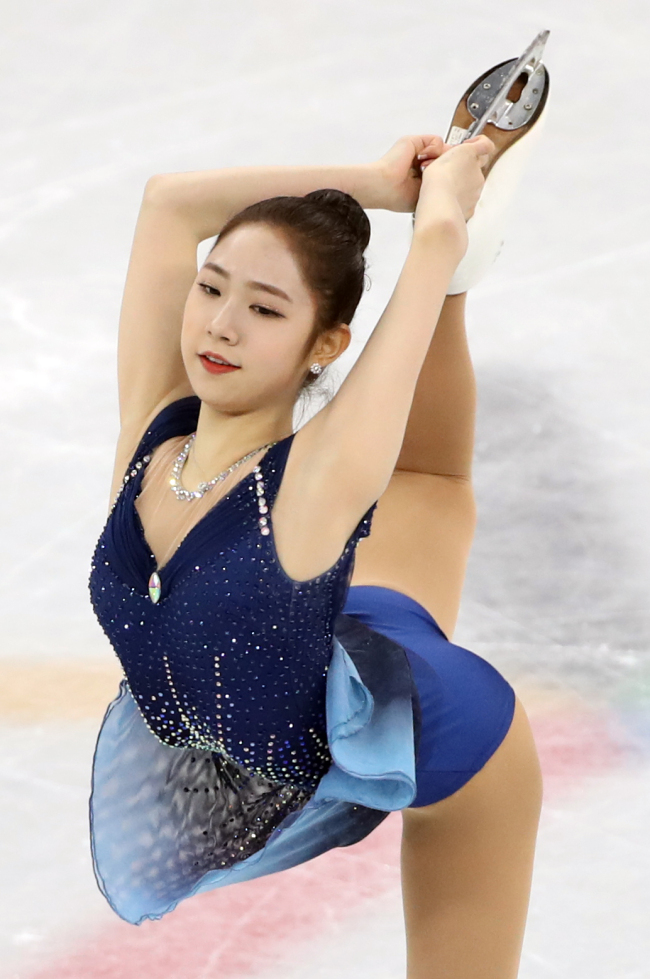 The 18-year-old confidently skated to the original soundtrack from “Doctor Zhivago.” Despite a minor mistake with the second triple jump during her triple lutz-triple toeloop combination, the Korean figure skater kept her calm until the end to break her overall personal high. 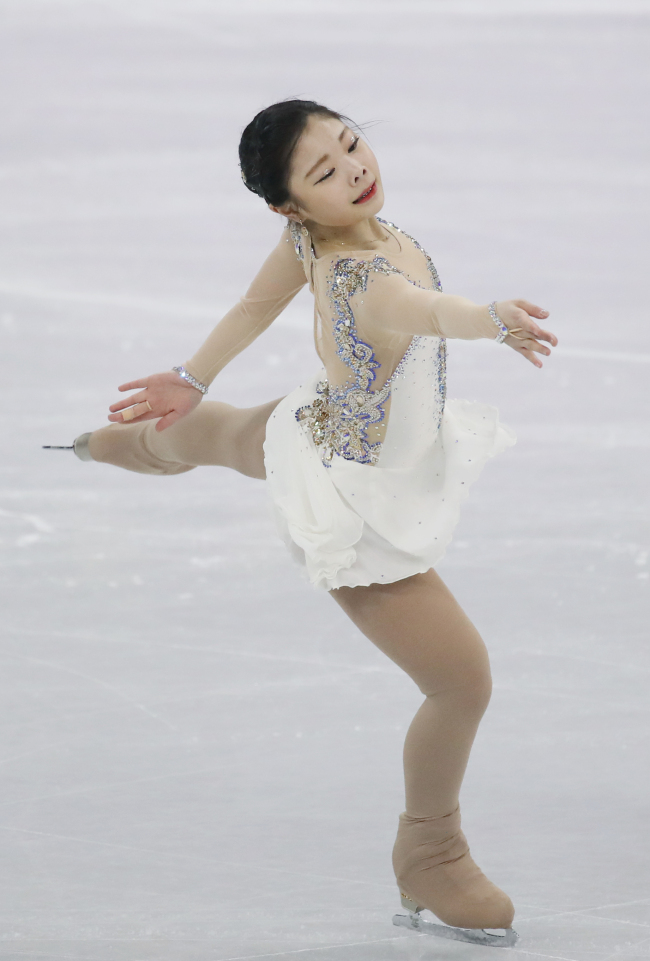 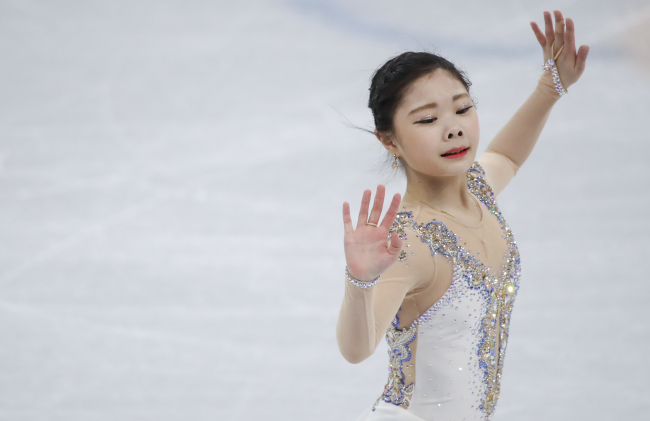 The youngest Korean figure skate Kim Ha-nul also scored her personal high at the PyeongChang Winter Olympic Games. The 16-year-old got 121.38 points from free program to make it 175.71 points overall. She successfully finished the event at 13th without a noticeable mistake. Kim pulled off a remarkable performance in spite of being only 149 centimeters tall.