Rapper Swings kick-started it with a track attacking the entire Korean hip-hop scene to the beats of “Control” by Big Sean. It soon spread to engulf the scene within a month.

Put aside the head-butting of the rappers, the amount of attention it got -- making headlines and being parodied by comedy shows, video games and celebrities across the country -- was a reminder that when something “goes down” in the hip-hop scene, it resonates with the public. A reminder that hip-hop has risen to the mainstream in the Korean music scene.

Hip-hop, a music genre created by African-Americans that is believed to have begun in New York in the 1970s, has grown to encompass a subculture that covers music, fashion, art and lifestyle. The most recognizable and common element is the music -- characterized especially by rap, heavy beats, scratching, beatboxing and street dance. Prominent hip-hop artists of today like Jay-Z, Kendrick Lamar and Big Sean are multiplatinum artists adored the world over. 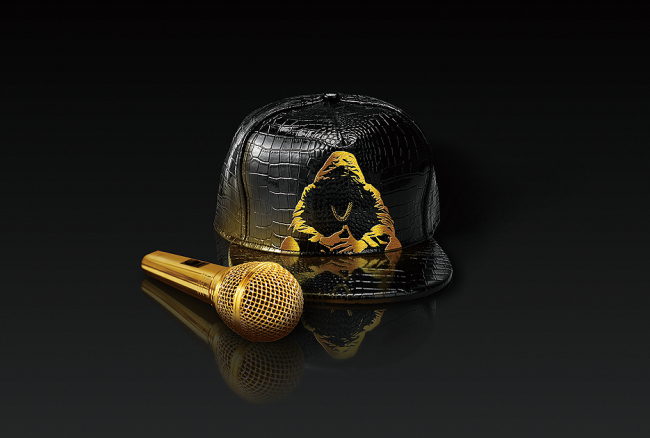 This side of the Pacific, popular TV competitions like “Show Me the Money” and its stars are a testament to hip-hop’s relevance in 2010s Korea. Things have come a long way from when the closest thing to hip-hop here was a pop singer in heavy makeup yelling “West Side!” for some reason.

Despite its popularity now, it was not always smooth sailing for the genre in Korea.

Hip-hop in Korea, roots and prejudice

Most trace the roots of Korean hip-hop to the 1990s.

What could be identified as rap was first adopted locally by singer Hong Seo-beom in his 1989 hit “Kim Sat Gat,” and dance-based idol groups started dressing in baggy clothes and inserting rap into their tunes. But these songs cannot really be considered hip-hop tracks.

In 1995, the now-legendary Seo Taiji and the Boys released the gangsta rap-inflected “Come Back Home.” The group Deux and Hyun Jin-young are considered the first Korean artists to apply hip-hop to their albums.

But their music was a hybrid of several genres rather than just hip-hop. Many consider “Year of the Tiger” by Drunken Tiger as the first hip-hop album in mainstream Korean music. Despite some success for the duo, hip-hop was largely overshadowed by boy bands and girl groups in the years that followed.

To make matters worse, misunderstanding in the genre was fueled by K-pop groups’ notoriously poor rap skills. “Raps” for most idol groups seemed to be just rapid talking to hide poor singing skills.

For a long time, hip-hop has suffered a negative image in Korea. Many were offended by the language used in famous hip-hop tracks, and it did not help that some Korean artists used racially insensitive or offensive words in their songs. The highly publicized rivalry between the East Coast and West Coast in the US -- resulting in the shooting deaths of the Notorious B.I.G. and Tupac Shakur -- fueled the perception that hip-hop was violent.

But the genre continued to flourish in the underground music scene, and slowly artists began ascending into the mainstream.

Throughout the 2000s, hip-hop slowly grew in relevance and popularity through artists like 1TYM, Jinusean, Epik High, Dynamic Duo, Deep Flow, Nucksal and Junoflo. Many of these artists are considered mainstream now, but spent years in the underground.

Many sides of hip-hop appreciated

Through TV shows like “Show Me the Money” and “Unpretty Rap Star,” people have become more familiar with the genre. But some hip-hop artists say the shows’ focus on rap battles distort the true nature of hip-hop.

Rap is part of the genre, and the culture expands far beyond the boundaries of music. In addition to rap, DJing -- manipulating sounds and beats on turntables -- breakdancing and beatboxing -- imitating drums and percussions with one’s voice -- are important elements of the music, as is producing.

Graffiti is also a signature art style for hip-hop. It is also one of the most controversial elements, with a recent legal battle between graffiti artists and a property developer at 5Pointz complex in New York resulting in a multimillion-dollar ruling in favor of the artists. The key element of the debate has been whether graffiti can be considered art.

Baggy clothes and baseball caps are also a popular image of hip-hop, which goes to show that the culture of hip-hop has come to take root in various areas of life in Korea.

In the words of rapper and producer Deep Flow, “Even if you don’t rap or dance, if you like the music and things related to it, you could say you are into hip-hop. I think of hip-hop as a culture.”