[Monitor] Korea's trade surplus with the US drops 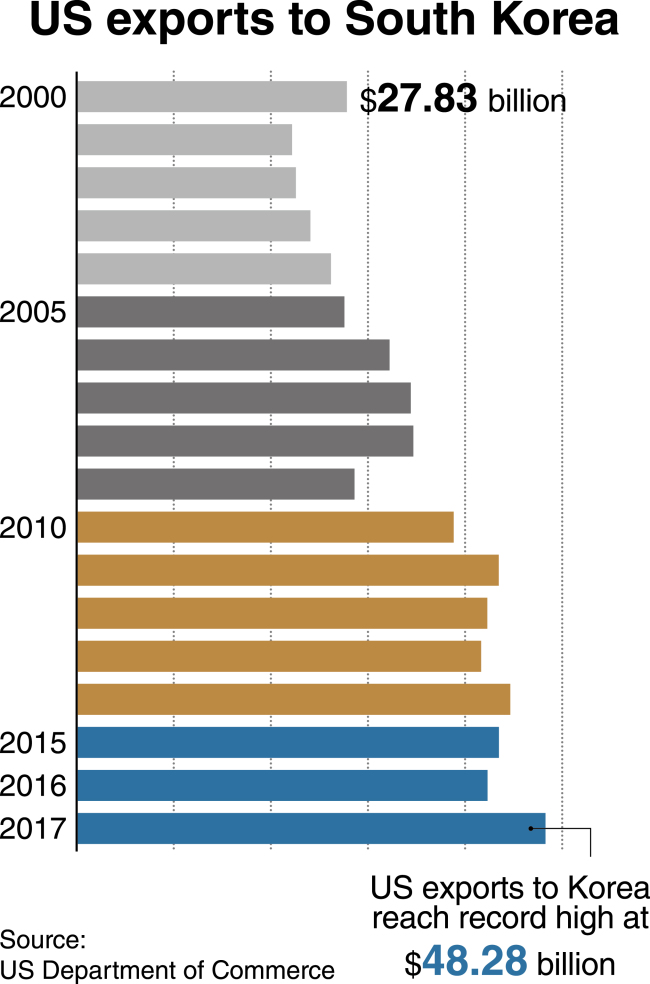 The United States exported record-high $48.28 billion worth of goods to South Korea in 2017, while Korea exported $71.16 billion of products to the US, data by the US Department of Commerce showed.

The commerce department attributed the drop in the trade imbalance to US companies increasing exports of semiconductor-related machinery, liquefied petroleum gas and meat produce.

The official data comes as Seoul and Washington are engaged in talks to renegotiate the FTA that went into effect March 2012. (khnews@heraldcorp.com)