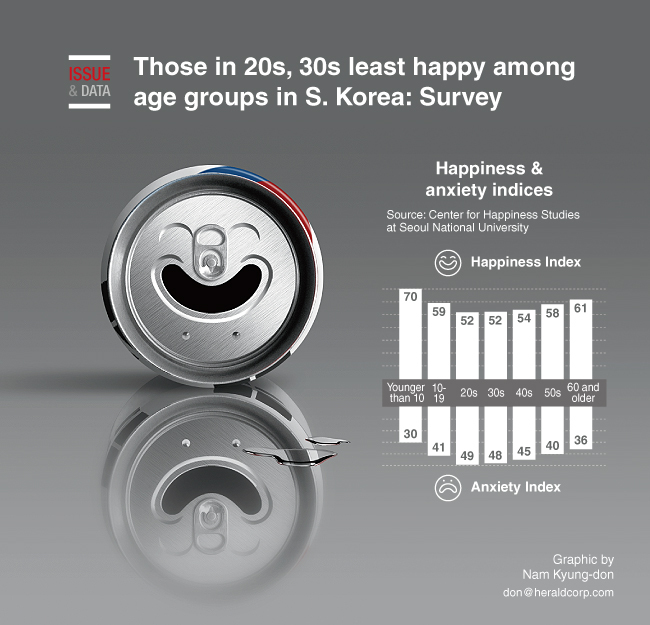 According to new survey results, those in their 20s and 30s in South Korea are less happy than other age groups.

The Center for Happiness Studies at Seoul National University and KakaoTalk, the country's top mobile messaging service provider, unveiled the results of their joint survey conducted on the Mind Weather website, which opened in September.

In the combined Happiness Index, respondents in their 20s and 30s tied for the lowest score of 52 on a scale of 1 to 100.