The telecom firm will adopt a flexible system that allows employees to set their work hours based on a rule that limits maximum work hours to 80 hours per two weeks. 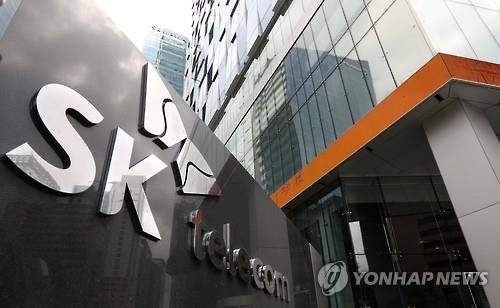 For instance, during the last week of a month that usually requires more work to meet monthly deadlines, an employee could reflect his or her schedule in advance by putting in weekly work hours depending on the anticipated workload to fill the 80 hours limit.

Employees who wish to carry out regular afterwork activities, such as exercise sessions or classes, can also adjust their daily work hours, meaning a four-day workweek would also be possible.

“The self-scheduling work-hour system is well aligned with the government’s direction to shorten work hours, while promoting that individual employees use their time more flexibly,” the company said in a press release.

Under the Moon Jae-in government’s initiative to put quality of life over work, a growing number of companies are volunteering to follow the government’s guidelines -- whose revision remains pending at the National Assembly -- to not exceed 52 work hours per week, including overtime.

Retail group Shinsegae implemented a 35-hour work-week system as the first in the business community starting Jan. 1, allowing employees to start work at 9 a.m. and call it a day at 5 p.m.

In Korea, the legal workweek is 40 hours, with employees on average working eight hours per day.

Chipmakers Samsung Electronics and SK hynix are currently testing a 52-hour workweek system, aiming to fully implement it next month.

With the trend of shorter work hours, concerns have been raised regarding productivity and costs.

Companies will have to spend an estimated 12.3 trillion won ($10.9 billion) annually in additional payments and on training more employees, if the weekly 52-hour limit is imposed, showed a report by the Korea Economic Research Institute.