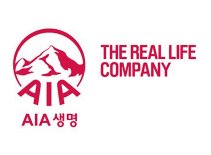 Celebrating the 30th anniversary of its launch, AIA Korea said its transition into a corporation will increase the company’s financial transparency and strengthen competitiveness. The company first entered the domestic market in 1987 as an insurer branch.

“Establishment as a Korean corporation is an important milestone for the company, which will help us develop a century-old know-how and boost sales of localized insurance products,” said AIA Korea CEO Cha Tae-jin.

The company said it received an official approval from the Financial Supervisory Service to inaugurate as a Korean corporation late last year.