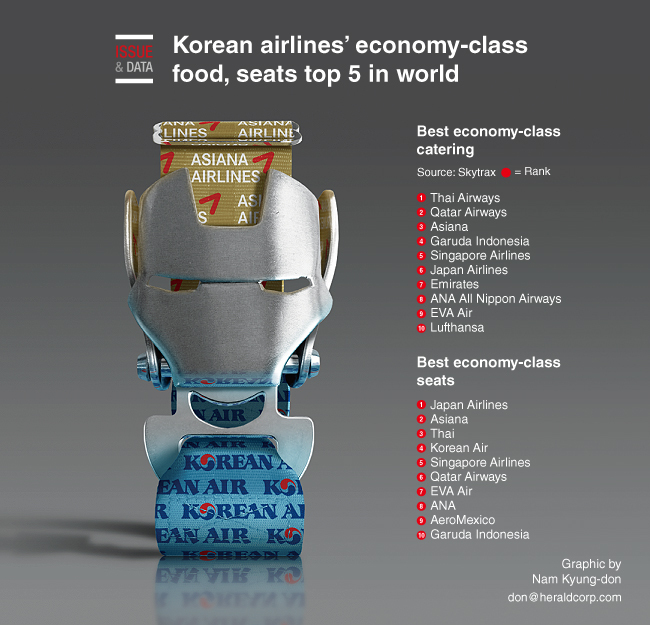 Airlines with the best economy-class food and seats have been named by aviation consumer website Skytrax.

The survey was based on 19.87 million travelers from 105 countries and covered more than 320 airlines. It considered factors such as boarding procedures, the quality of service and the comfort of seats.