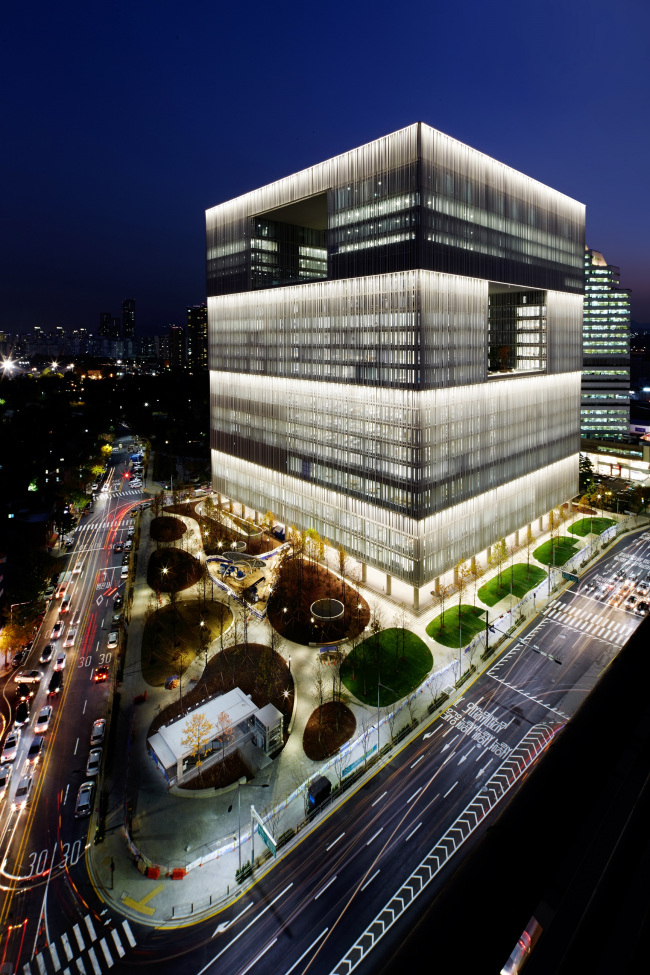 AMOREPACIFIC BACK IN YONGSAN -- Cosmetics group Amorepacific said Monday that it will begin moving its employees to its newly built headquarters in Yongsan-gu, Seoul, starting from Nov. 20. Designed by British architect David Chipperfield, the building has been inspired by traditional Korean moon jars. It is the third Amorepacific headquarters building to be built on the Yongsan site, following previous buildings erected in 1956 and 1976. (Amorepacific)