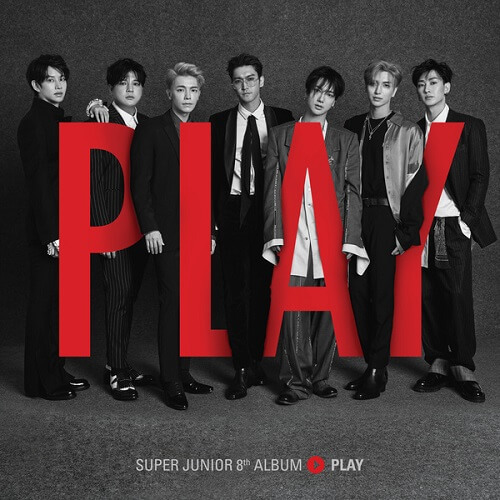 For those who grew up listening to Super Junior’s hits such as “Miracle” and “U,” the latest record of the boy band, self-dubbed the “Last Men Standing” in the K-pop scene, is a throwback to the group’s past, a work of self-reflection and a reunion with its old self.

The act has been a constant presence in K-pop since the early 2000s, with its songs emanating from speakers in shops and its music becoming students’ all-time-favorite choice for school talent shows.

Twelve years after its debut, Super Junior’s eighth full-length album “Play” has still got the essence that fans have loved for over a decade now.

Super Junior proves that it can still pull-off energetic dance music with “Black Suit,” the lead track of the 13-track “Play,” while not veering away much from its standard style. The members’ powerful vocals blend well into the song’s pulsating swing vibe. However, the track is somewhat reminiscent of the group’s latest hit “Devil” and does not dare experiment with a new genre, so it may be a one-time hit that will not likely stand the test of time.

The entire album lacks sparkle -- with some tracks featuring simple rhymes and repetitive choruses -- but tracks like “One More Chance,” an emotional ballad written and composed by member Donghae, and “The Lucky Ones,” carry the same power and emotion of Super Junior’s previous love songs. The up-tempo and funky “Runaway” is another hidden gem, exuding cheerful and positive energy.

Super Junior rounds out the album with the tender pop-ballad “I Do,” which features a sweet and sincere pledge by a man who says he will love his partner eternally, just like the group’s old hit “Marry You.”

Considering all the setbacks the group has faced over the past few years, which includes its member Siwon sitting out group activities due to negative public opinion, “I Do” also sounds like a heartfelt thank you letter to fans who have always stood by their side.