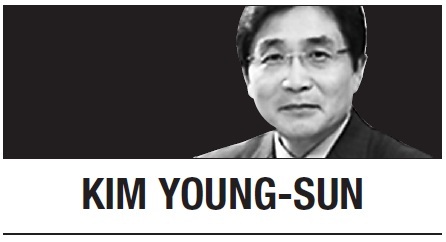 During the Korean Thanksgiving holidays early this month, the airport was flooded with people leaving the country in droves. So where were these people going? In fact, the No. 1 travel destination for the Korean people was once again in the Association of Southeast Asian Nations.

More than 600,000 people traveled to ASEAN during the holiday. To Korea, ASEAN is a very close partner and neighbor, and the two sides have close cooperation and exchange in a variety of areas.

ASEAN and Korea became dialogue partners in 1989. From then through today, for almost three decades, there has been remarkable development in this partnership, with significant milestones achieved. ASEAN is now Korea’s second-largest trading partner and destination for investment. Korea is ASEAN’s fifth-largest trading and investment partner.

While trade volume between the two sides in 1989 was $8.2 billion, in 2016 it recorded $119 billion, a 15-fold increase. Also, Korea’s investments in ASEAN increased from $92 million in 1989 to $5.1 billion in 2016, a 55-fold increase. To note, Korea’s investments in ASEAN surpassed those in China by more than double this year. In this regard, ASEAN-Korea relations serve as a model for a fast-developing and fast-evolving partnership.

President Moon Jae-in, soon after his inauguration, recognized the importance of Korea’s partnership with ASEAN. Such acknowledgement will serve as a critical foundation for another level of development for ASEAN-Korea relations. In mid-November, President Moon will visit Indonesia, Vietnam and the Philippines for the Asia-Pacific Economic Cooperation and ASEAN Summits.

On this occasion, we look forward to having President Moon shed light on Korea’s vision and strategy toward ASEAN, as well as a more concrete action plan to further enhance ASEAN-Korea relations. Here, to note, the partnership between ASEAN and Korea over the decades has become one where they not only need each other, but also want each other. To continue this path, the two sides should not seek immediate benefits, but develop a genuine and long-lasting partnership that will last for hundreds of years.

It is certain that there will be a brighter future for ASEAN-Korea relations, and the following points outline how the ASEAN-Korea partnership is actually more than what we know or anticipate. First, middle powers in the region that do not have hegemonic intentions, such as Southeast Asian nations and Korea, should work together to forge a genuine partnership. Together, they will be able to play a stabilizing role and contribute to regional co-prosperity. This is particularly the case in the Asia-Pacific region, where much of the uncertainty in the region is one way or another related to the rivalry among major powers.

Secondly, it is noteworthy that ASEAN and Korea have complementary economies. Many Korean companies, both large conglomerates and small and medium-sized enterprises, have entered ASEAN member states, contributing to the establishment of mutually beneficial economic relations between ASEAN and Korea. One example is Samsung in Vietnam, where the former contributes to more than 20 percent of the country’s gross domestic product and exports. Another is the shipping industry in the Philippines, where a partnership with Korea has helped the country’s shipping industry become No. 4 in the world.

Third, Korea can assist and take part in ASEAN’s community-building efforts. While the ASEAN Community was launched at the end of 2015, it continues to be a work in progress. One way to contribute is to strengthen the business links between ASEAN and Korea, through establishing and strengthening global value chains and global supply chains.

This will also help ASEAN micro, small and medium-sized enterprises to prosper, which are the backbone of the ASEAN economy. Furthermore, Korea is the optimal partner for the development of ASEAN’s digital economy, as it can share knowledge and know-how in its technological advancement.

Fourth, Korea can share with ASEAN its experience of achieving democracy and a market economy. With its success case of becoming a donor country from an aid-receiving country, Korea is active in sharing its development strategy and experience with its neighbors and the international community. To note, many ASEAN member states are Korea’s priority partner countries for official development assistance.

Fifth, there are many cultures and values that the peoples of ASEAN and Korea share. Experts say that the similar values such as filial piety and family-oriented traditions are some of the essential elements that allow Korean TV dramas to become widely accepted across Southeast Asia. Furthermore, as much as Korean food is becoming well-known in ASEAN, the cuisines of ASEAN are also very popular in Korea.

The Korean government acknowledges that people-to-people exchanges and mutual understanding creates a sound foundation for a solid partnership between the two sides. As one saying goes, you must know each other to really love each other. Therefore, Korea places great importance on enhancing two-way cooperation and exchange, one good example being Korea’s initiative to open the ASEAN Culture House in Busan in August this year.

Last but not least, Korean communities in ASEAN member states are becoming more and more vibrant, while the ASEAN community in Korea is also increasingly becoming bigger and more active. The people of ASEAN have already become members of the Korean society through their work, studies, family, and so on.

Our peoples work together, live together, and work to prosper together. ASEAN-Korea relations should take another step from just seeking benefits from each other, toward sharing a common destiny. Such efforts are still a progress in the making, but this is the future of the ASEAN-Korea partnership.

ASEAN and Korea need to acknowledge that we have a common destiny. It is time that the two sides take another leap in their journey together toward their shared goals. It is certain that this will not only contribute to the development of ASEAN and Korea, but also to the stability and prosperity of the whole region.

Kim Young-sun, a former Korean ambassador to Indonesia, is secretary-general of the ASEAN-Korea Center in Seoul. -- Ed.