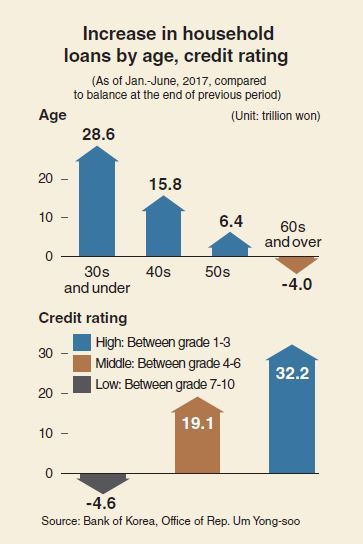 An increasing number of younger people are taking out loans from lenders, according to data released by Rep. Um Yong-soo of the Liberty Korea Party during the parliamentary audit session.

Using the numbers given by the Bank of Korea, Rep. Um said that the household debt held by those aged 30 and younger increased by 28.6 trillion won ($25.3 billion) between January and June this year from the previous six-month period.

Another set of data released by Rep. Je Youn-kyung of the Democratic Party of Korea showed that the default rate among those in their 20s after taking out loans from lenders continued to increase from 3.8 percent in 2014 to 5.7 percent as of June this year.