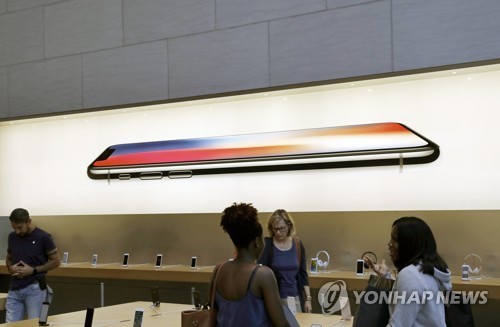 The solid presence of Korean firms is partly driven by the nation’s unique distribution channels in which local telecom carriers entice customers by giving subsidies for Samsung and LG phones, based on prior arrangements between the carriers and handset makers.

They provide less subsidies for Apple phones, as they have no prior arrangement with Apple, and provide none to other Chinese and Japanese brands because their phones are not sold via mobile carriers but through their own stores or online.

Samsung and LG’s strong presence may change in the future, as local politicians have recently presented bills to make telecom operators less or not involved in smartphone pricing in the name of making the market more transparent. If the bills that minimize the link between telecom operators and phone manufacturers are endorsed, more consumers are expected to turn their eyes on budget phones including those made by foreign brands, industry sources said.

“Most Koreans buy their phones via telecom operators and they are not familiar with buying them without mobile carriers. But we see a growing trend of young people buying their new smartphones online or at retail stores, and the bills -- if passed -- will diversify such sales channel,” said a Sony official.

In Korea, only 8 percent of smartphone owners bought devices without going through telecom operators compared to the global average of 61 percent, according to the US research firm Strategy Analytics.

“The bills -- if passed -- may not bring about dramatic changes, but it will still give more opportunities to Apple and Chinese smartphone makers,” said Lee Byung-tae, a business administration professor at the Korea Advanced Institute of Science and Technology.

Pointing out that wider opportunities for foreign makers may mean the weakening competitiveness of Korean firms, Lee advised caution, citing a case in October 2014 when Apple’s market share of 5 percent in 2013 rose to as high as 30 percent, while LG’s share dropped and local firm Pantech went bankrupt, upon the government’s imposition of a cap on handset subsidies.

“(While measures to cut lofty mobile costs) are important, a rash policy move potentially riding on the populism bandwagon may backfire.”

For instance, he said, separate billings for a smartphone device and telecommunication subscription cost could complicate the existing distribution network involving manufacturers, vendors and others, thereby further raising the eventual telecommunication cost to be borne by the consumer.

Foreign brands, meanwhile, have been moving to introduce phones with affordable prices and premium features here, as current prices of premium smartphones now reach as high as 1 million won ($884), while technological innovations have become stagnant.

The price of the LG V30 unveiled in late August started from 949,300 won, while that of Samsung’s Galaxy Note 8 showcased in the same month started from 1 million won. The latest premium smartphones made in Japan and China cost less than 800,000 won.

“Korean consumers have begun to change their perception that Chinese phones have technical problems easily and to notice the cost-effectiveness of the phones,” said a Huawei official.