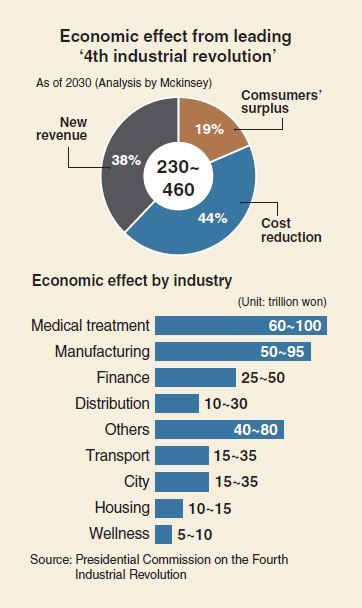 The South Korean government is gearing up to expand and systemize support for industries to lead in the “fourth industrial revolution” that is anticipated to bring about some 40 trillion won ($35.3 billion) in economic effects.

On Tuesday, President Moon Jae-in attended the first session of the presidential Commission on the Fourth Industrial Revolution, during which he pledged to introduce a “regulatory sandbox” for new industries, allowing companies to test innovative ideas, products and services without being restricted by regulations. Moon picked autonomous vehicles, smart factories and drones as leading sectors that will receive government backing. (Yonhap)