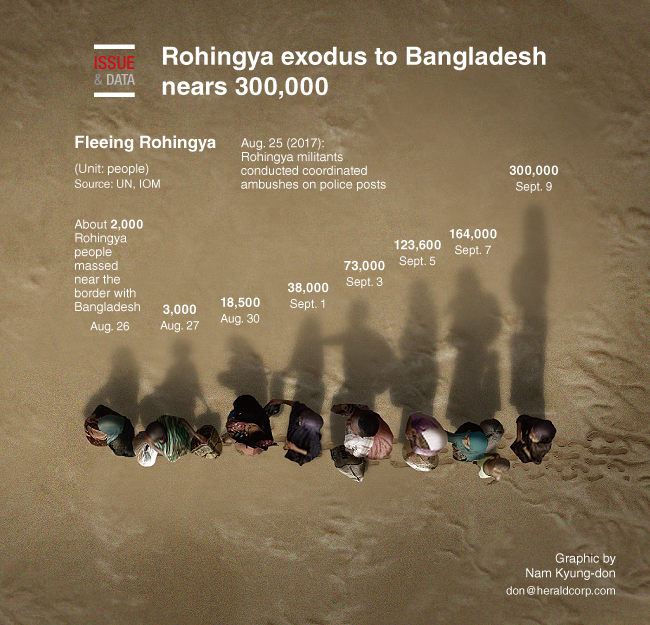 Nearly 300,000 Rohingya people have fled to Bangladesh to escape the violence in Rakhine state, the United Nations said Saturday, while the Myanmarese government for the first time offered humanitarian aid to members of the Muslim minority still in the country.

The UN is bracing for a further surge in arrivals to Bangladesh. Tens of thousands more are believed to be displaced in Rakhine, fleeing burning villages, the army and ethnic Rakhine mobs, who Rohingya refugees accuse of attacking civilians.

The Myanmarese government denies the allegations, saying the Rohingya militants who sparked the crisis with deadly attacks on police posts on Aug. 25 have spread fear by killing civilians and torching thousands of homes, according to Agence France-Presse.