The movie led by actor Seol Kyung-gu will be screened in the Thrill section at the 61st edition of the festival, which is the largest film festival in Britain. This year‘s event will run from Oct. 4-15. 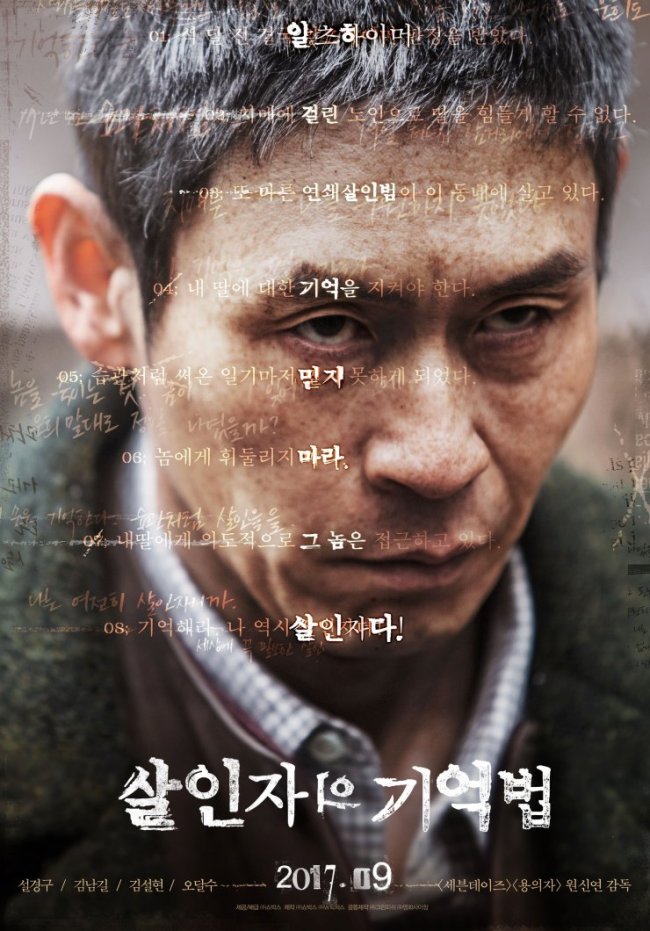 Based on Kim Young-ha’s best-selling novel of the same name, “Memoir of a Murderer” depicts the story of an aged former serial killer with Alzheimer‘s who strives to keep his only daughter safe from serial murders that have struck his neighborhood.

The Showbox release is scheduled to open in North America on Friday, a day after its domestic release. It will also be shown in Australia, New Zealand, France, Turkey, Taiwan, Japan and the Philippines. (Yonhap)