"S&P Global Ratings affirmed its 'AA' long-term sovereign credit rating" on South Korea, the agency said in its latest release. "The stable outlook on Korea reflects our expectation that geopolitical risks in the Korean peninsula will not escalate over the next two years beyond what we have seen since the leadership change" in North Korea in 2011.

North Korean leader Kim Jong-un took power on the death of his father and longtime leader Kim Jong-il in 2011. North Korea has since carried out three nuclear tests and launched a series of missiles, including intercontinental ballistic missiles. 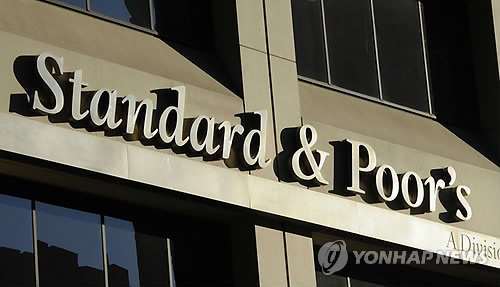 Concerns over a hot war in the Northeast Asian region had peaked as Pyongyang had threatened to fire four ballistic missiles toward the waters off the U.S. territory of Guam.

Tensions have subsided as Kim indicated that he would hold off on the launch against Guam, saying Monday that he would watch Washington's behavior "a little more."

US President Donald Trump said Wednesday Kim made a "wise"

choice for refraining from making imminent threats against Washington.

North Korea "appears to have achieved significant improvements in its weapons technology in the past few months," S&P said.

"Nevertheless, we view the likelihood of the North Korean regime provoking a major armed conflict on the peninsula to be low."

The company said the South Korean economy has strong fundamentals to keep pulling off better growth in the future.