[Exclusive] Samsung SDI to supply batteries for BMW i3 from China

“Some of the EV batteries from Samsung SDI’s plant in Xian will be used for the BMW i3 next year,” a source familiar with the matter told The Korea Herald.

This is the first time the German automaker will use batteries produced in Samsung’s plant in China. They have been produced from the tech firm’s Ulsan plant in Korea.

“BMW officials visited the Xian plant to audit the place in the second quarter after signing an agreement with Samsung SDI,” the source added.

Samsung SDI’s spokesperson declined to comment on the move, saying, “We do not confirm any specific details of our clients.” 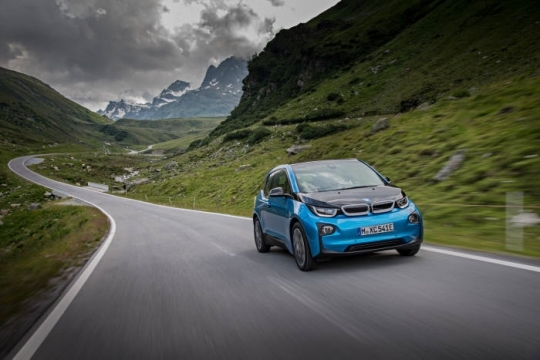 Korean battery makers, Samsung SDI and LG Chem, have been diversifying markets for their plants in China, whose operating rates dropped to as low as 20 percent last year after repeatedly being left out from the Chinese government’s subsidies. They were again left out from the subsidies in July apparently due to China’s retaliation against Korea for its deployment of a US anti-missile system and the Chinese government’s drive to foster the local battery industry.

In July, a Samsung SDI executive said in a conference call that the operating rate of the Xian plant would be normalized in 2018 due to rising demand for energy storage systems and the shifting of its markets to Europe.

The firm is also slated to produce batteries for German automaker Volkswagen’s e-Golf in the Xian plant later this year, according to industry watchers.

LG Chem is also taking a similar strategy by shifting its assembly lines to energy storage systems and shipping EV batteries to other Asian and European markets. The firm said the operating rate in the Nanjing plant was raised up to 70 percent through the diversification.

China’s EV market has grown over the past years to become the world’s largest, but its volume of imported Korean batteries has dropped. Its imports of Korean batteries declined to $1 billion last year from $1.5 billion in 2012, according to data released by the state-run Korea Trade-Investment Promotion Agency.