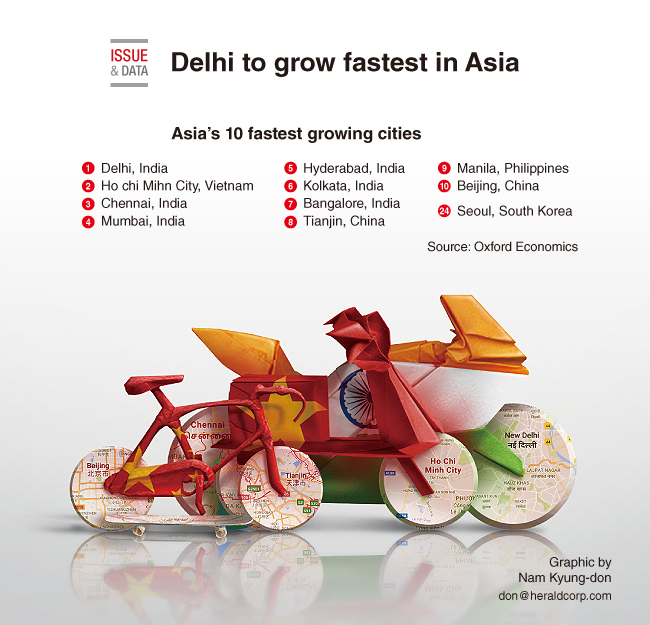 Delhi is now the fastest growing city in Asia, according to a new study from Oxford Economics.

Indian cities are set to expand the most across the region, with growth speeding up from the past 5 years.

Tianjin is forecast to clock the fastest growth in China, given that it has a large manufacturing base and one of the nation’s busiest ports.

Ho Chi Minh was the only non-Indian city in the top five, reflecting the city’s success in establishing itself as a manufacturing center, as well as its strong services sector.