‘Samsung not enthusiastic about AI speaker’

There has been growing speculation over whether Samsung will soon roll out an AI speaker, following reports of its development of one powered by voice assistant Bixby. The project codenamed Vega has reportedly progressed for more than a year.

“Samsung currently does not view Al speakers as marketable, as the global market is already dominated by unbeatable Amazon and the Korean market is too small to make profits,” an anonymous source told The Korea Herald. 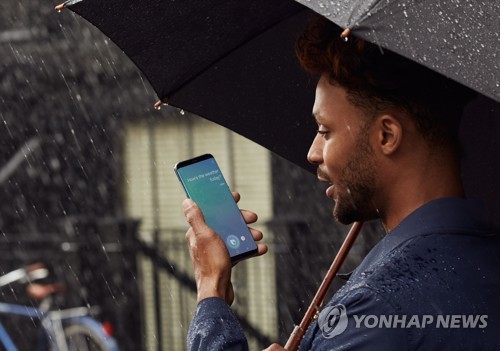 The global AI speaker market is currently dominated by Amazon Echo, which has a more than 70 percent share. There is also the emerging player Google Home. The Korean market is dominated by SK Telecom’s NUGU with around 100,000 units of sales.

“More importantly, Samsung cannot afford to focus on the uncertain market, as most of its AI specialists -- whose number is much less than that of the US tech giants -- are currently going all out to develop the Bixby version in English,” the source said.

The launch of Samsung’s much-touted voice assistant Bixby in English continues to be delayed due to some technical and data issues.

Although the Korean tech giant may not launch its own AI speaker anytime soon, it is preparing for AI speakers by testing out the technology for some of its appliances, such as smart refrigerators, in case the market begins to take off, the source said.

“Samsung may take a wait-and-see attitude rather than hurriedly jumping into the uncertain market with a new device, whose functions are no different from existing devices by rivals,” said Kim Jong-ki, a researcher specializing in the mobile industry at the Korea Institute for Industrial Economics & Trade.

An AI speaker is a smart device that enables users to control it with their voice to play music or provide information. Since Amazon first released Amazon Echo in 2014, other global tech giants have followed suit. Google entered the market with Google Echo late last year, while Apple and Microsoft plan to launch the HomePod and Invoke, respectively, later this year.

Market research firms predict that sales of such speakers will boom this year. EMarketer forecast that 35.6 million Americans would use a voice activated device like Amazon Echo or Google Home monthly in 2017. Gartner predicted that 75 percent of households in the US will have one voice speaker, while 20 percent have two and 5 percent will have three or more devices.