Hyundai's 50,274-member union cast their votes as wage negotiations with the management are underway.

In a vote held from Thursday through Friday, 33,145 members, or 65.93 percent, of the union agreed to go on strike if the wage talks break down, a union spokesman said over the phone. 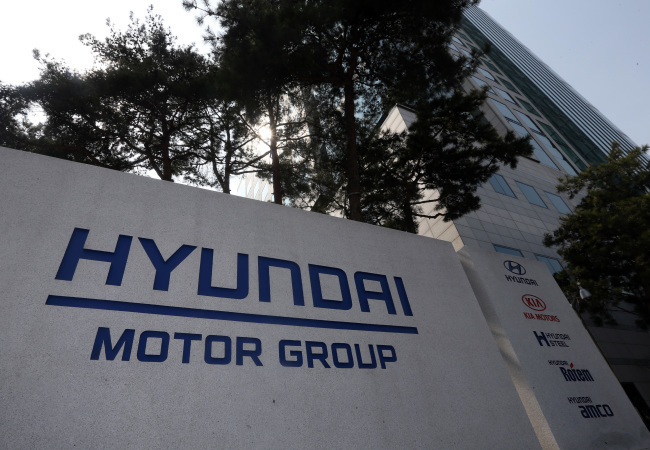 "Union leaders will meet on Tuesday to decide on the guidelines for union members in case of a strike," the spokesman said.

The labor union demands the company raise workers' basic monthly wages by 154,883 won (US$136) and offer a bonus of 30 percent of the company's full-year net profit earned in 2016.

Hyundai has suffered production losses resulting from strikes during wage negotiations every year since 2000, except for in 2009, 2010 and 2011.

In the January-June period, Hyundai sold a combined 2.198 million autos, down 8.2 percent from 2.394 million during the same period last year.

Meanwhile, union workers at its sister company Kia Motors plan to cast votes from Monday to Tuesday to decide whether to stage a strike after negotiations with management were halted recently.