Most salaryworkers expect 4th revolution to impact their jobs: poll

Nearly 80 percent of South Korean salaried workers expect their jobs to be affected in some way by the "Fourth Industrial Revolution," a survey here showed Friday.

In a poll conducted by Hunet, a local education company, 75 percent of 691 salaried workers replied that the industrial wave will have an impact on their work environment. 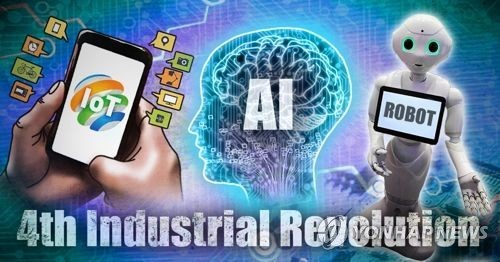 But only 17 percent of the respondents said they were familiar with the Fourth Industrial Revolution and how it would change the overall economy.

The industrial revolution is the merging of artificial intelligence, automation and Internet of Things devices that can create new demand for products and services across the field. The changes also outline noticeable growth in efficiency with AI playing a greater role in industry and everyday lives. Such developments, some fear, could lead to the disappearance of jobs going forward.

In regards to the greater impact on society that the fourth revolution can bring, 94 percent of the respondents replied there will be some changes. And 33 percent said they are preparing themselves so they can survive and prosper, the survey showed. (Yonhap)