North Korea condemned the United States Friday for designating it as one of the worst countries sponsoring human trafficking.

State Department's annual report on human trafficking released on Tuesday placed the North on a list of the world's worst state sponsors of the crime for the 15th straight year. 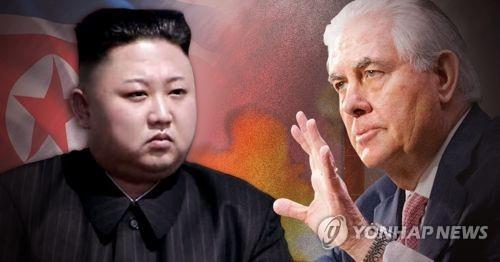 "The release of the report reflected the Trump administration's reckless scheme to stifle North Korea," a spokesman of North Korea's foreign ministry was quoted as saying by the country's official Korean Central News Agency.

North Koreans toiling in foreign countries are forced to send hard currency to the regime, with which North Korea is suspected of developing its nuclear and missile programs.

Secretary of State Rex Tillerson said that about 52,000-80,000 North Koreans are working overseas as forced laborers primarily in Russia and China. Many of them are working 20 hours a day and must send most of their pay to the regime, he said.

"If he believes that human rights farces and sanctions can rattle us, he would be an idiot who does not have any sense of reality," the KCNA added. (Yonhap)