Korea's won expected to remain steady despite US policy tightening

South Korea's won currency is likely to remain steady for the time being, despite US Federal Reserve's move to tighten its monetary policy, analysts here said Friday.

The won has risen 6.9 percent against the US dollar so far this year, and the local currency market showed a muted reaction after the Fed raised interest rates by 25 basis points as expected.

The won's strength was mainly due to the US dollar's steady decline over uncertainties surrounding US President Donald Trump's fiscal policy. 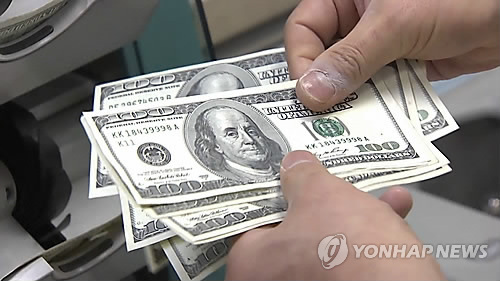 Kim Yu-mi, a researcher at Kiwoom Securities in Seoul, said the won's upward pressure may rise because this week's US rate hike had little impact on markets.

Park Sang-hyun, a researcher at HI Investment & Securities, echoed the view, saying foreign investors may continue to pour money into the local stock market if the won's value remains strong.

However, concerns persist that the risks of a strong US dollar could emerge if the Fed raises interest rates again in September and starts cutting its size of investment holdings later this year, analysts said. (Yonhap)