[Graphic News] How Moon Jae-in’s Cabinet is shaping up 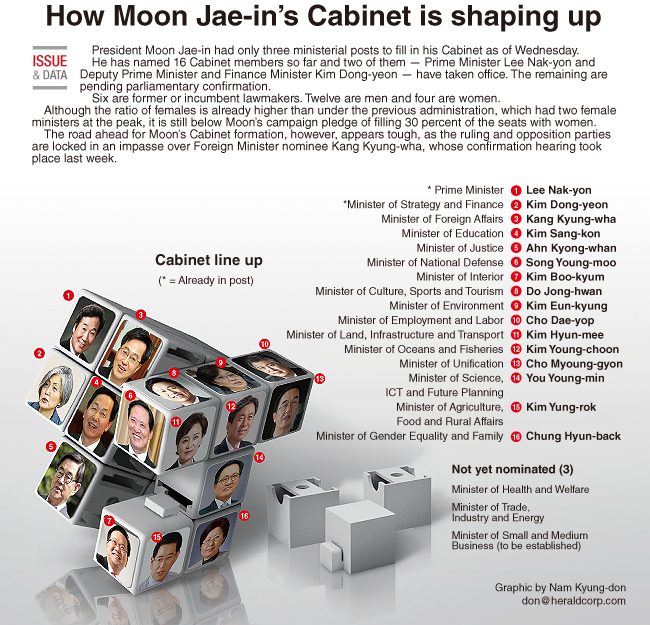 President Moon Jae-in had only three ministerial posts to fill in his Cabinet as of Wednesday.

He has named 16 Cabinet members so far and two of them -- Prime Minister Lee Nak-yon and Deputy Prime Minister and Finance Minister Kim Dong-yeon -- have taken office. The remaining are pending parliamentary confirmation.

Six are former or incumbent lawmakers. Twelve are men and four are women.

Although the ratio of females is already higher than under the previous administration, which had two female ministers at the peak, it is still below Moon’s campaign pledge of filling 30 percent of the seats with women.

The road ahead for Moon’s Cabinet formation, however, appears tough, as the ruling and opposition parties are locked in an impasse over Foreign Minister nominee Kang Kyung-wha, whose confirmation hearing took place last week.

The three main opposition parties are strongly against her appointment, citing ethical lapses, while the presidential office shows no sign of withdrawing her nomination.

The parties, however, have no power to block the president’s appointment of ministers.