China has taken a series of economic retaliations against South Korea, including a ban on group tours to South Korea, in protest of the deployment of an advanced US missile defense system in South Korea. 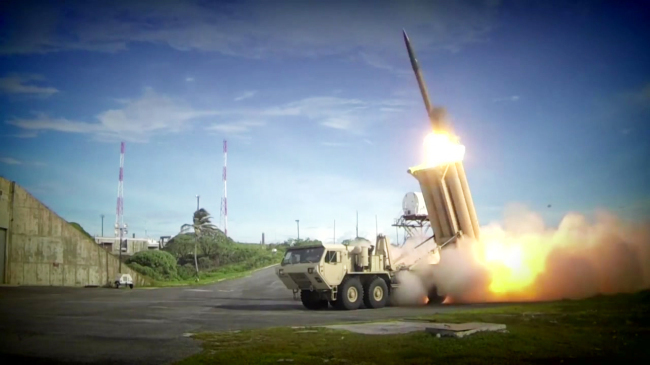 Some South Koreans are concerned that the diplomatic tensions could jeopardize the currency swap agreement, although Beijing has been moving to ease its hostile stance after liberal President Moon Jae-in took office in Seoul.

Moon has been critical of the missile defense system during the campaign trail, but he said Seoul will not reverse the deployment agreement.

Last year, South Korea and China agreed to prolong the bilateral currency swap deal, which was first initiated in 2009 with a value of 32 trillion won ($27 billion) and expanded to 64 trillion won in 2011.

"The two countries will launch negotiations to lengthen the deal that expires in October at an appropriate time," the Bank of Korea said in a report submitted to the parliament. "The negotiations will likely be affected by political and diplomatic issues like tensions over THAAD. Against this backdrop, we will take cautious steps."

A currency swap line is a tool to defend against financial turmoil by allowing a country beset by a liquidity crunch to borrow money from others with its own currency.

South Korea has been seeking to use currency swap deals with other countries to settle payments for trade in a bid to reduce its dependency on the US dollar.

Currently, South Korea has swap deals with China, Malaysia, Australia, Indonesia and the United Arab Emirates worth a combined $122.2 billion.

However, South Korea's $10 billion bilateral currency swap agreement with Japan expired in 2015. It remains unclear when the two can open talks on striking a deal as Japan broke off the talks for diplomatic reasons.

South Korea and Japan are close economic partners, though they have long been in conflict over territory and other historical disputes stemming from Japan's colonial rule of the Korean Peninsula from 1910-45. (Yonhap)