South Korea's foreign exchange reserves hit a record high in May due to a hike in the value of non-dollar currencies when converted into the US greenback, central bank data showed Monday.

As of the end of May, the country's foreign exchange reserves came to $378.46 billion, up $1.89 billion from the previous month, the Bank of Korea said in a statement. 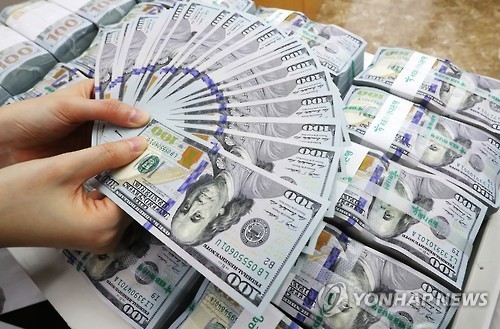 The country's reserve position at the IMF stood at $1.76 billion as of the end of May, compared with $1.74 billion a month earlier.

Holdings in gold bullion remained unchanged at $4.79 billion during the same period, the statement said.