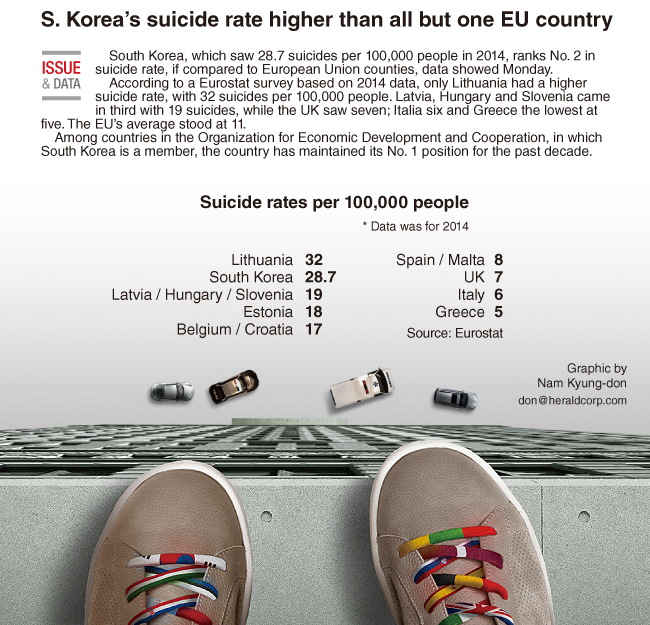 According to a Eurostat survey based on 2014 data, only Lithuania had a higher suicide rate, with 32 suicides per 100,000 people. Latvia, Hungary and Slovenia came in third with 19 suicides, while the UK saw seven; Italia six and Greece the lowest at five. The EU’s average stood at 11.

Among countries in the Organization for Economic Development and Cooperation, in which South Korea is a member, the country has maintained its No. 1 position for the past decade.